The ATO has found another proof that Russia is arming militants 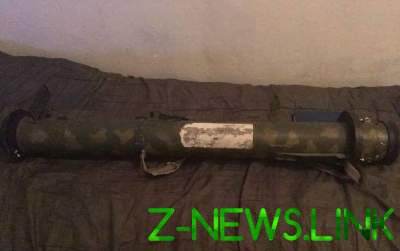 In the forest on the territory of Volnovakha district of Donetsk region found jet assault grenade Tavolga-1, which are in service only in the Russian army.

The security Service of Ukraine reported that recently with the places where found shot grenade launcher, subversive group of terrorists have conducted attacks of positions of forces ATO.

On this fact initiated criminal proceedings under part 2 of article 438 of the Criminal code of Ukraine.

Found a grenade launcher is yet another proof that Russia is arming militants.

We will remind that law enforcement officers found three caches with weapons, ammunition and explosive devices on the territory of several settlements in Dnipropetrovsk region.