Home / INCREDIBLE / The astronomers said, when you can see the rare cosmic phenomenon

The astronomers said, when you can see the rare cosmic phenomenon 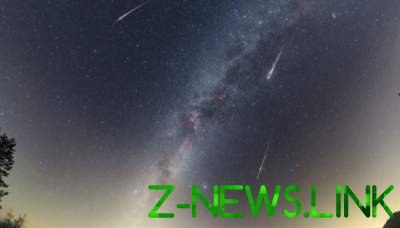 The meteor shower will be visible in the sky for two consecutive nights, on 7 and 8 October.

As reported by Sciencealert, this phenomenon is explained by the fact that right now the Earth passes through the tail of debris left by the comet Giacobini-Zinner (21P).

A better meteor shower will be visible in the Northern hemisphere, that is in Ukraine. And this is one of the few such phenomena, it is not necessary to wait until dawn because it’s better to be seen after sunset and before midnight.

The October meteor shower is the so – called meteor shower Draconids. Every year, 6 to 10 October, the earth passes through the dust debris left by comet Giacobini-Zinner. Usually meteors are no more than a few dozen per hour, but there are exceptions.

Peak activity of a meteor shower associated with the approach of the parent comet to perihelion – nearest to the Sun point. Shine “melts” the comet, releasing dust and gas.