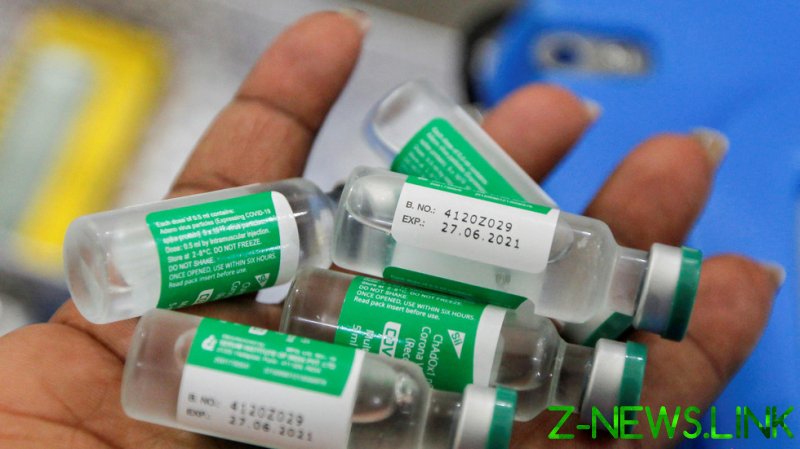 “You have to be vaccinated by AstraZeneca… The risk-benefit remains extremely favorable,” Alain Fischer, president of the Advisory Council on the vaccine strategy, told Radio Classique on Friday morning.

“In the United Kingdom, where this vaccine is used very widely, there are no reports of cases,” Fischer said, referencing the decision of a number of European nations, including Denmark and Austria, to postpone the use of the AstraZeneca vaccine while the health authorities investigate side effects in the form of potentially fatal blood clots.

“The data indicate that there are no excess incidents of thrombotic events following the administration of the AstraZeneca vaccine,” the vaccine tsar noted, adding that France’s position follows that of the European Medicines Agency (EMA).

The EMA stressed on Thursday that there was no established link between the reported thrombosis cases and the vaccine, adding that blood clotting was not among the recognized side effects. However, the regulator is now investigating 30 reports of blood clotting.

On Thursday, Denmark announced they would suspend the use of the Anglo-Swedish vaccine, which has already come under intense scrutiny across Europe.

Austrian authorities had already suspended the use of a batch of AstraZeneca Covid-19 vaccines after a person was diagnosed with multiple thrombosis (formation of blood clots within blood vessels) and died 10 days after vaccination. Another was hospitalized with a pulmonary embolism and there were two further reports of thromboembolic event incidents linked to the batch.

Denmark joined a list of countries, including Estonia, Lithuania, Luxembourg, and Latvia, that had also stopped using the batch following the news from Austria.