Home / photo report / The asteroid Bennu was shown in the recent photos. Photo

The asteroid Bennu was shown in the recent photos. Photo 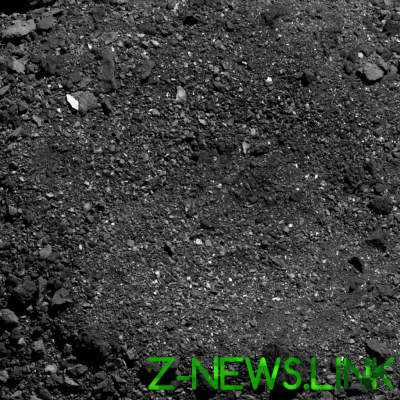 There are new detailed images.

Part of the crater in the Equatorial region of Bennu. The received March 28, PolyCam camera from a distance of 3.5 kilometers. The width of the picture is 49,4 meters. A small bright stone in the upper left side of the frame has a length of 2.4 meters.

Space station OSIRIS-REx has sent new detailed images of the surface of asteroid Bennu, strewn with boulders and craters. The survey was conducted in the framework of the mapping of the surface of the asteroid, according (1, 2, 3, 4, 5, 6, 7) on the website of the mission.

The main objective of the mission OSIRIS-REx, starting in September 2016, is to study the 500-meter near-earth asteroid (101955) Bennu, is related to the spectral class B. it is Assumed that at the beginning of July 2020 the station will be closer to the surface of the asteroid and with the help of a special manipulator will collect it with 60 grams of dust and fragments of rock, and then take the capsule with soil to Earth in September 2023.

In March-April 2019 station conducted observations according to the program Detailed Survey: Baseball Diamond, which was the creation of a precise shape model of the asteroid lidar OLA, and creating detailed (with a resolution of up to 35 centimetres per pixel) color and panchromatic maps of the surface using on-Board cameras MapCam, and PolyCam. Part of the images the team have laid out in open access. 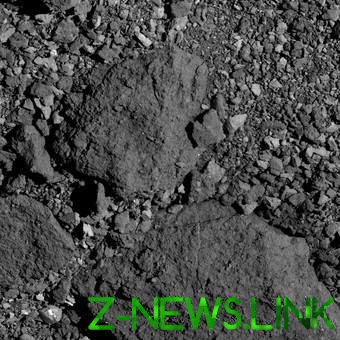 Boulders of various sizes in the southern hemisphere Benn. The received March 21, PolyCam camera from a distance of 3.5 kilometers. Picture width is 49 meters. 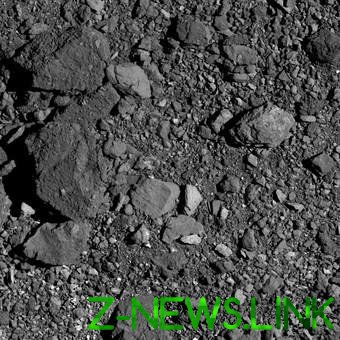 The boulders in the Equatorial regions of Bennu. The received March 21, PolyCam camera from a distance of 3.5 kilometers. The width of the picture is 48.4 meters. 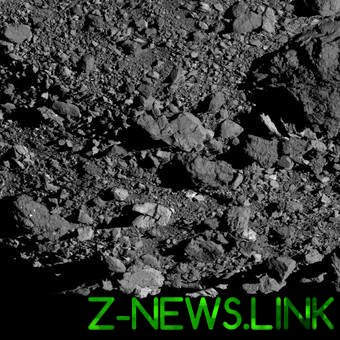 Boulders in the South polar region of Bennu. The received March 21, PolyCam camera from a distance of 3.5 kilometers. Picture width is 50 meters. 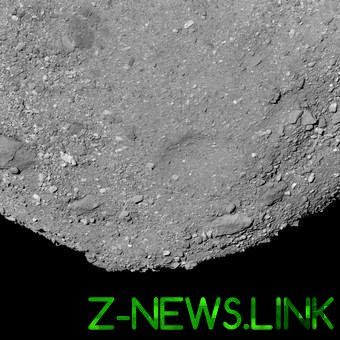 The large crater and the South pole of Bennu. The received March 14, MapCam camera from a distance of 3.6 kilometers. The width of the picture is 258 meters.

On Benn, very few places covered with fine regolith, asteroid surface, mostly covered with boulders of various sizes and shapes. The boulders themselves have a variety of structure, some of them look like fragments of larger rocks, and other visible cracks and signs of exfoliation of the rock, which can be a consequence of the processes of space weathering, impact or thermal effects. In the field of view of the cameras and got the biggest Bennu boulder, the designation “Boulder No. 1” with a size of 52 meters. 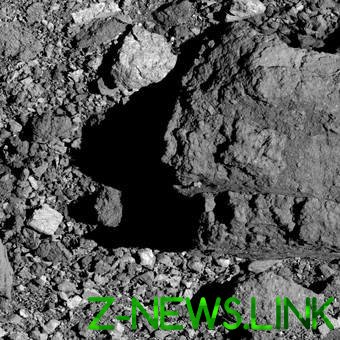 The shadow of the “Boulder No. 1” that falls on the surrounding boulders. The received March 21, PolyCam camera from a distance of 3.5 kilometers. Picture width is 49.7 per meter. Bright square boulder on the left side of frame has a width of 5.5 meters. 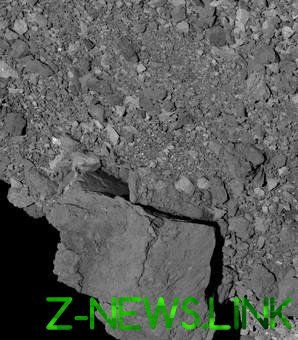 “Boulder No. 1”, located in the southern hemisphere Benn. The received March 7, PolyCam camera from a distance of 4.8 kilometers. The width of the picture is 58,2 m. The bright rectangular area in the rock in the left side of the frame has a width of 1.5 meters.

Currently, OSIRIS-REx began a monitoring program Detailed Survey: Equatorial Stations, which will be completed by June 2019. The programme conducted a mapping of the surface of the asteroid, the search for the most suitable place to sample from the regolith of Bennu, study of geological characteristics of the asteroid with the help of spectrometers and the search for dust and gas plumes.

A study of asteroid Bennu can provide important information about the formation and evolution of the Solar system, including the answer to the question of which small bodies may be responsible for the supply of amino acids and water on the young Earth. About what has been learned by scientists about the asteroid, read our article “celestial body diamond shape.”