Home / business / The assassination of the Chairman: the investigation is considering several versions of the explosion

The assassination of the Chairman: the investigation is considering several versions of the explosion 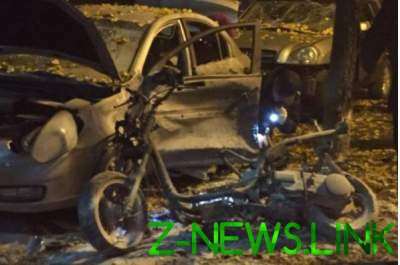 It is not excluded that it would blow up Vitaly Bala, not Igor Mosiychuk.

The investigation is considering several versions of the explosion, injuring the people’s Deputy of Ukraine Igor Mosiychuk, one of which is attempted murder, organized in the Russian Federation.

This was stated by first Deputy Prosecutor of Kiev Pavel Kononenko at the briefing.

“We are considering several versions of the crime. The first version was voiced by himself and Mr. Mosiychuk is the attempted murder of the Chairman, which was organized by the intelligence service of the Russian Federation”, – said Kononenko.

“Russian trace political activity Mosiychuk, attempted murder on personal grounds – the version about the explosion in Kiev. There was a scientist of the Ball, do not rule out that this was an assassination attempt on him, also there are other versions,” he added.

See also:  Kiev is considering three options for the introduction of peacekeepers in Donbass

We will remind that on October 25 in Kiev at the building of the TV channel “espresso” explosion, when it came out of the people’s Deputy Igor Mosiychuk and the Director of the Agency for modeling situations Vitaliy Bala. The explosives were laid in an abandoned motorcycle. The result was injured five people. One of them, guard Mosiychuk, died of wounds on the way to the hospital, another, a bystander, died in the hospital. The other three – Mosiychuk, Bala, the woman who happened to be at the scene of the explosion remain in hospital. Upon explosion criminal case under article 258 of the criminal code “Terrorist act”.

See also:  In Mali, the explosion killed three peacekeepers of the UN

The victim of MP diagnosed wounds of the extremities, back and abdomen. As stated in the press service of the Chairman, he believes that the attack is “Russian trace”. The ball was forbidden to disclose information about their health status.