Home / business / The assassination of the Chairman: announced a new version

The assassination of the Chairman: announced a new version 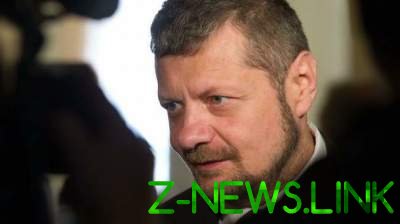 Criminologist believe that the attempt was made not on the MP, and of the dead policeman.

The explosion, which took place in Kiev in the evening of 25 October was probably an attempt on the life of the deceased police officer Michael Mormile, not the people’s Deputy from the Radical party Igor Mosiychuk. This was announced by the attorney-criminologist Anna Painter.

This is the conclusion she came analyzing video from surveillance cameras.

“The video shows that at the time of the explosion closest to the epicenter is the victim, who lived in this house (Michael Mormile. – Ed). And he said, Bal (injured in the explosion of the analyst. – Ed.) was at a certain distance,” said the Painter.

In her opinion, if a target was Mosiychuk, explosives, most likely, would be in his car. But it laid in the moped, which was quite far from the entrance, where was the MP.

The expert also noted that he had heard that Marilu threatened.

Painter stressed that investigators must consider this version as it was “absolutely logical”.

In the prosecution of Michael Mormile called “bystanders”.