Home / policy / The apartment Saakashvili carried out a search

The apartment Saakashvili carried out a search 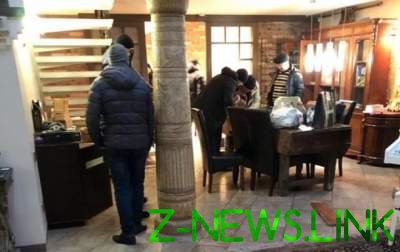 Mikheil Saakashvili allegedly located on the roof of the house.

In the apartment of the leader of the new forces Mikheil Saakashvili on Tuesday, December 5, carry out a search. This was stated by the ally of ex-President of Georgia David Sakvarelidze.

“Mikhail Saakashvili at home breaking down my door. Street Kostolna 7, kV 32. Going!” he wrote on the social network Facebook.

According to Sakvarelidze, Saakshvili is on the roof of the building.

According to media reports, the politician threatened to jump from the roof of the house. Behind him the fire escape climbed the rescuers.

As reported by Ukrainian Pravda with reference to the sources, the case of the General Prosecutor’s office. The search is carried out with the involvement of special forces alpha in the framework of criminal proceedings on fleeing politicians who could Finance the campaign of Saakashvili.

Because “investigation” temporarily restricted movement, journalists are not allowed into the building.