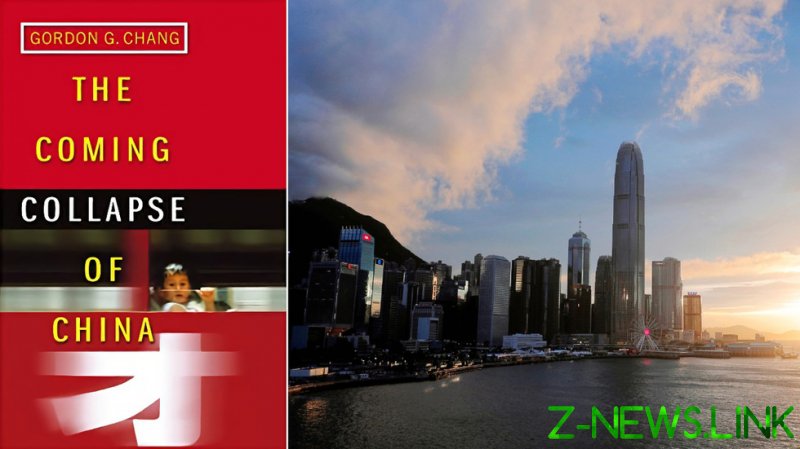 Most people have heard of Gordon Chang’s infamous book ‘The Coming Collapse of China’, which was authored more than 20 years ago. Say no more. The text is not so much a standalone theory as it is a representation of a broader train of thought on China that persists in mainstream-media commentary: that the country’s political economy is doomed to fail, won’t succeed in its development goals, and will one day collapse. And that it’s simply a matter of when.

The thinking is overtly ideological and rooted in ‘Cold War collapsism’ or ‘the end of history’ thesis, based on the historical experience of liberal democracy’s triumph over communism and thus its inevitability as the final form of development and governance.

Of course, now that we are in 2021, it’s become quite obvious that history isn’t going as ‘planned’. China has not collapsed, but is still growing, and has shown itself fundamentally better at avoiding crises than have Western countries.

Indeed, what if it is the ‘Anglosphere’ – or ‘Five Eyes’ countries,  Australia, Canada, New Zealand, the United States, and the United Kingdom – that are more likely to face implosion or slow decline and stagnation than Beijing itself? This is an idea that would once have been ridiculed and assumed to be impossible. Yet it is a sign of the world we live in and its ever-growing uncertainties that makes this an outcome impossible to rule out.

Rather than simply waiting for China to fail, there’s a credible argument that the English-speaking world, which is leading the crusade against China, has long passed its best. This is a 20th-century grouping that, in a 21st-century world, is never again going to be what it was.

Australia stands at a crossroads as to where it will take its relationship with China. New Zealand appears to be recognizing that its prosperity is connected to Beijing. And the UK, the US, and Canada face growing economic stagnation, and, in the case of the first two, political instability. While ‘collapse’ is, of course, unlikely, it nonetheless remains an ironic metaphor for how they struggle to keep pace with China’s rise.

Why does the Anglosphere matter? The five nations all share a common cultural identity and heritage, are all products of the British Empire, and because of this, all hold a sense of moral and political exceptionalism – a sharpened sense of piousness towards global politics not evident from countries in continental Europe.

This collective identity has been reinforced by being on the ‘right side of history’ – shared triumphs in World War I and World War II, with the latter establishing the Five Eyes alliance in the intelligence sphere and forming their collective ambition to permanently dominate global espionage.

It’s no surprise, then, that these countries – with the notable absence of New Zealand – have been at the forefront of pushing the global anti-China agenda that has been led by the US. Australia has been the most willing to join the fray, and the UK and Canada have followed more reluctantly.

Yet their sense of common purpose has been clear, such as when condemning events in Hong Kong; demanding common action on Huawei; considering Boris Johnson’s proposed D-10 grouping of democracies to oppose Beijing and, most strikingly, by way of the extremely vindictive nature of the coverage of China in the media outlets of all these countries. While there may have been variations in commitment, hostility towards China has been evident across the board.

It’s no surprise, then, that there is a desire to see China stagnate, but the available evidence points to them doing so first. Three of the five countries face obvious economic decline. The UK lost over 10 percent of its GDP in 2020 through the pandemic, and is unlikely to recover half of that in 2021, notwithstanding the massive disruption Brexit is now putting on business. Canada faces a similar scenario, with a dire forecast for 2021.

America itself is poised for a stronger recovery this year, but the lasting damage caused by Covid-19 is set to see it overtaken by China as the world’s largest economy by the end of this decade.

New Zealand and Australia are less vulnerable to economic shocks, due to their positioning in the Pacific region and proximity to Asia, but they also have an increased dependency on China. New Zealand, for example, signed an upgraded version of its free trade agreement with Beijing yesterday.

There are also political issues to consider. While English-speaking critics have long contested on ideological grounds that China’s political system is unstable and fragile, there are problems closer to home. The UK and US, for example, are increasingly beset by political instability. The impact of populist causes such as Brexit and Donald Trump has been seriously damaging. Calls for Scottish independence are gaining momentum, while the departure of President Trump revealed a broken and divided society in the US.

Sure, it’s highly unlikely the Five Eyes nations are facing impending doom, but it’s also fair to say their general trajectories are downwards. There’s enough evidence to argue that these countries are going to decline in terms of global prominence, status, and power.

Divided societies, political unrest, and growing economic stagnation are fracturing a bloc of countries that once held a prime position in global politics, and thus the traditional argument that China will not outgrow them now looks to be increasingly dated.