The analyst who predicted the 2008 crisis, predicts a more powerful economic collapse 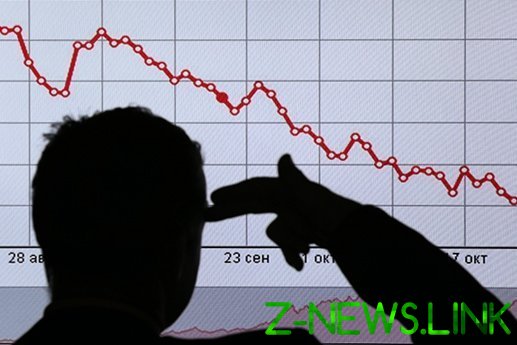 Analyst Jesse Colombo, who predicted the global financial crisis of 2008, said about the future more powerful the collapse of the markets. In the world markets is going to burst a few bubbles, writes The Independent.

According to Colombo, the coronavirus is not the root cause of the forthcoming collapse, but it can be a trigger. The analyst said that the world economy before the first news about the new infection was moving toward recession. Monday, March 9, the markets collapsed, as investors tried to dump shares for fear of instability caused by a coronavirus and war in oil prices between Russia and Saudi Arabia. However, the main reason for going deeper.

Back in June 2019 Colombo said that more than two dozen markets, the formation of new financial “bubbles”. It is a European real estate, US stocks, the income of households in the U.S., corporate debt, loans at the expense of borrowed funds, student loans and auto loans in the United States, technology startups and shales. Is one of the largest credit bubble in China, largely due to the infrastructure costs. All these tools contributed to the recovery of the global economy in the past 12 years. “It’s the illusion of economic recovery caused by the inflation of economic bubbles,” said an analyst, warning that all those financial bubbles ready to burst.

A new economic crisis will be much stronger than in 2008. “No matter how bad nor was 2008, the future will be even worse, because now much more debt — nearly $ 100 trillion of new debt,” explained Colombo.

We will remind, on March 6, Russia and Saudi Arabia have failed to agree on oil production and OPEC+ collapsed. After that, hydrocarbon prices collapsed. During trading on 9 March the price of a barrel fell 30% to $30. Subsequently, it rose to $37 and even $39, but prices still remain far below the levels before the collapse of the deal.