The attitude of the population of the United States to China has deteriorated sharply against the background of the pandemic coronavirus, in which the administration of Donald trump accuses the Chinese government chose a policy of silence in the early stages of the outbreak.

About 40% of Americans intend to Chinese goods, poll of 1,012 adult citizens, held in Washington from may 12-14 consulting company FTI Consulting.

In addition, 78% of respondents reported that they would be willing to pay more for products that carried trade from China. 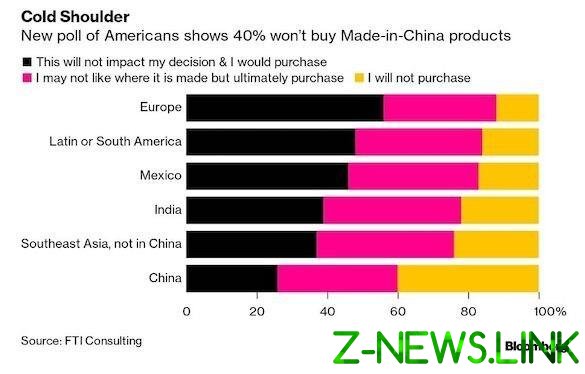 The attitude of Americans China is at a historic low, poll Pew Research, conducted in early April.

The negative attitude to China was expressed by 66% of respondents is 1.5 times more than in 2018. the Share of those distrusting the President of China XI Jinping reached 71% of the record for all 15 years that he is in power.

While 62% of Americans believe Beijing threat, and 18% “a serious threat”. More than 60% are concerned about the impact of China on the state of the environment 59% – kiberprestupniki.

The trade war launched by the administration of Donald trump, has increased the confidence of Americans in the superiority of their economy: so 59% of respondents named the United States a world leader compared with 48 percent two years ago. 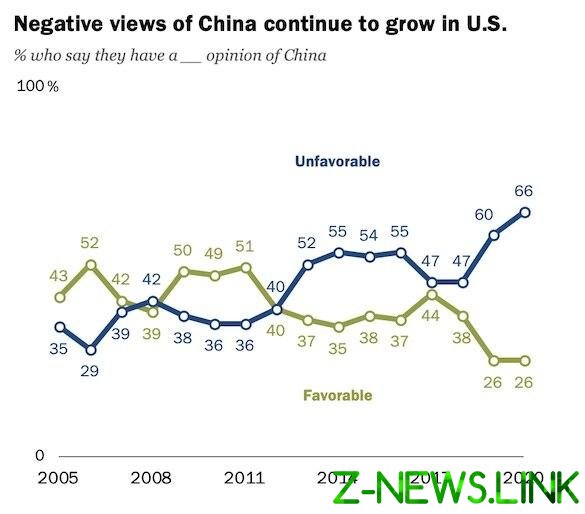