Home / WORLD / ‘The Americans aren’t listening to us,’ Russia says as major Moscow talks between Biden’s envoy and Kremlin’s diplomats break down

‘The Americans aren’t listening to us,’ Russia says as major Moscow talks between Biden’s envoy and Kremlin’s diplomats break down 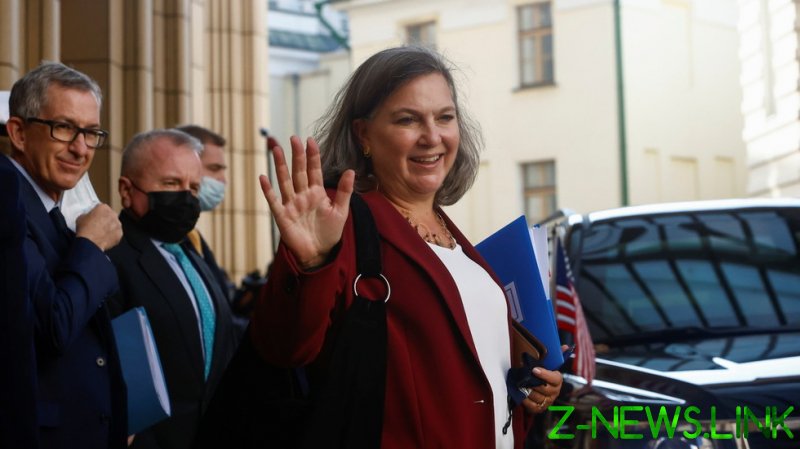 The verdict comes after US Deputy Secretary of State Victoria Nuland arrived in the country on Monday to hold three days of talks with Russian officials. On Tuesday, local media reported that negotiations between Nuland and Ryabkov were floundering as the diplomats struggled to find common ground.

Earlier this week, Moscow lifted sanctions on Nuland, which allowed the US undersecretary of state to enter the country for a summit with her Russian counterparts.

Despite Nuland saying that she is “glad to be back in Russia to deal with bilateral relations,” Ryabkov said there is a high chance that the state of affairs will only worsen as a result.

“I cannot say that we have made great progress. The topics of visas, the operating conditions of diplomatic missions, the rotation of diplomatic staff, the overall normalization of the activities of Russian foreign missions in the United States and the United States in Russia retain a significant crisis potential, and it cannot be ruled out that some further exacerbations are possible in these areas,” he said.

“The positions of the parties do not fit well. Americans do not listen to our logic and our demands. But nevertheless, the conversation was useful,” he added.

While talks are still ongoing, Ryabkov has said that Moscow does not want tensions between Russia and the US to escalate further and asked for international restrictions to be removed. Particular attention was paid to issues concerning the missions of Russia and the United States on each other’s territories. The Russian side emphasized that hostile anti-Russian actions will not remain unanswered, but Moscow does not seek further escalation. “We propose to remove all restrictions introduced by both sides over the past few years,” he said.

The negotiations come just days after four US senators urged President Joe Biden to expel 300 Russian diplomats and take “immediate action to increase staffing at the US embassy in Moscow” over disparity between the number of personnel in the Russian and US embassies.

The same week, NATO decided to slash the size of Moscow’s delegation to the military bloc’s headquarters by half, forcing Russia to bring home eight envoys from its permanent mission to the alliance’s headquarters in Brussels. “These actions, of course, do not allow us to pretend there is a possibility of normalizing relations and resuming dialogue with NATO. Instead, these prospects are undermined almost completely,” Kremlin spokesman Dmitry Peskov said at the time.