The American plane rammed their own home. Video 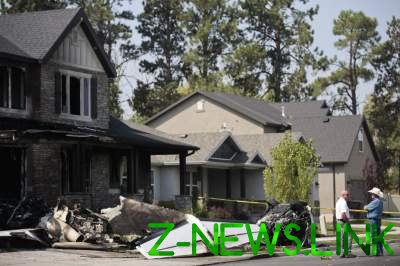 In the crash the pilot of the plane died.

In Utah in the USA light aircraft crashed into a house.

In the crash the pilot was killed and the aircraft destroyed. After the collapse of the housing suddenly broke out, the fire started.

The pilot, according to the police, was 47-year-old Dwayne Judith (Duane Youd). He lived in the house together with his wife, who often complained to the police on cases of violence by husband.

During the crash the plane rammed a parked nearby car.

The arrived fire brigade managed to quickly eliminate the flame and bring the street all occupants – the wife of a pilot and another person. According to preliminary data, none of the residents were not injured.