Home / Video news / The American has shown how to break down a Kalashnikov. Video

The American has shown how to break down a Kalashnikov. Video 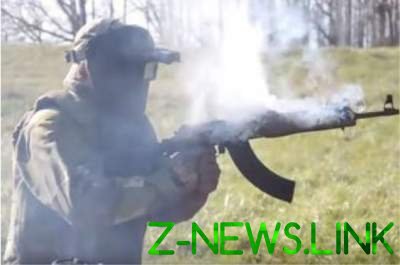 Only after the machine caught fire and it became impossible to hold, the American stopped the test.

USA local veteran of the war in Iraq named Eric decided to illustrate the work of the legendary automatic machine Michael Kalashnikov, the AK – 47. To this end, the man was armed with dozens of clips and began to shoot without a break until, until it began to smoke. But despite the strong overheating, the machine continued to shoot.

In order to test, the blogger wore a protective mask and gloves: machine so much burn, I could just burn the man. However, even under conditions of strong overheating, the AK-47 continued to shoot at the goal.

Only after the machine caught fire, and it became impossible to hold, the American stopped the test. It turned out that the blogger shot the 23 clips, making 895 of shots from a machine without a break, firing for seven minutes.

Test video of “Kalashnikov” has collected more than 3 million views in two weeks.