Home / WORLD / The American Empire has fallen, though Washington may not know it yet

The American Empire has fallen, though Washington may not know it yet 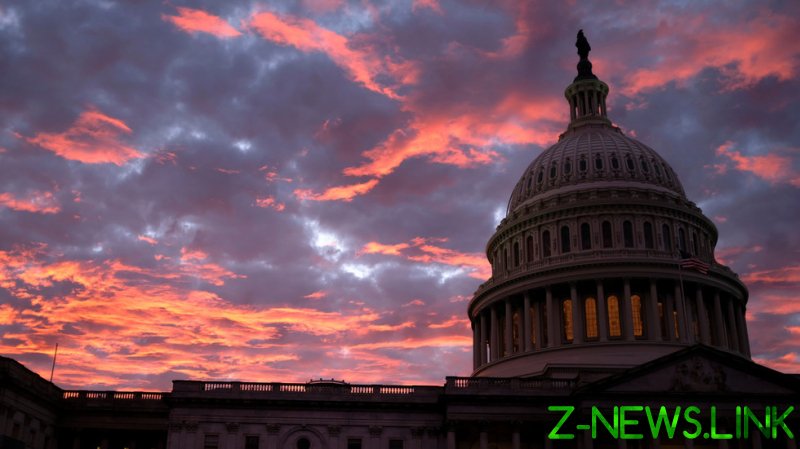 Don’t take my word for it, though. “If the post-American era has a start date, it is almost certainly today,” argued none other than the head of the Council on Foreign Relations – the foremost think tank advocating for the Empire in Washington – after Wednesday’s storming of the Capitol by several hundred Trump supporters protesting the certification of the election for Biden.

“No one in the world is likely to see, respect, fear, or depend on us in the same way again,” lamented CFR president Richard Haas.

Sure enough, as Haas was saying this the NATO secretary-general tweeted about the “shocking scenes” in Washington and demanded that Joe Biden’s election “must be respected.” British and French leaders followed suit, as did the Organization of American States. Turkey “expressed concern.” Canada and India chimed in.

Even Venezuela got into the act, condemning “acts of violence” in Washington and “political polarization” in the US, while expressing hope that Americans “can blaze a new path toward stability and social justice.”

Keep in mind that the US has refused to recognize Venezuela’s elected president or parliament, attempting for the past two years to install an unelected ‘interim president’ instead and call it democracy. While the Trump administration has led this effort, the Democrats – now poised to have absolute power in the US – have been fully on board.

Likewise, the only time the Republican establishment and the Democrat ‘Resistance’ banded together in near-unison was to override Trump’s veto of the NDAA military funding bill, which contained a provision that would block him or any future president from withdrawing troops from overseas endless wars without prior congressional approval. The commitment to the Empire runs deep in the Washington ‘swamp’, as Trump used to call it.

“We are seeing images that I never imagined we would see in this country – in some other capital yes, but not here,” said Haas.

This unwitting admission of ‘American exceptionalism’ basically says it’s fine for US-backed activists to storm parliaments in “regimes” that Washington dislikes and wants to change, but when Americans rebel against their own government they believe is acting illegitimately, that’s beyond the pale.

While what happened Wednesday was not actually a “color revolution,”  the visuals were certainly similar enough for the world to take notice. It would be wrong, however, to blame the Capitol “insurrection” for the demise of the American Empire, when it was merely the last domino to fall.

Again, don’t take my word for it – here’s Ishan Tharoor, a columnist for the notoriously pro-establishment Washington Post, declaring on Thursday that for “many abroad,” the vision of the US as a shining city on a hill with global moral influence and authority “has already died a thousand deaths.”

For some of these people, Tharoor argued, this narrative was “always an illusion to obscure the Washington-engineered coups and client military regimes.” Indeed.

Democrats and their neocon allies have spent the past four years blaming Trump’s ‘America First’ policy, lamenting that he was acting unilaterally, antagonizing “allies” and creating a “leadership vacuum” in the world. Those are the talking points of the incoming administration as well.

Except they’ve clearly forgotten the events of January 2020, when Trump ordered the drone assassination of Iranian General Qassem Soleimani. There were no protests from US “allies” – or should we say vassals? Instead, they fell in line with amazing alacrity.

Trump actually embraced the American Empire, he simply dispensed with the polite fictions it had used to dress up as something else over the years.

Ironically, it was the mobilization of the entire US political establishment to get rid of Trump – starting with ‘Russiagate’ and the impeachment circus over the phone call to Ukraine, with nationwide riots about “racial justice” and the politically weaponized coronavirus lockdowns along the way – that did the lion’s share of exploding the myths that maintained US hegemony, both at home and abroad.

Remember the ‘Deep State’ that was supposedly a Trumpian conspiracy theory? Yet its existence was confirmed in the impeachment hearings, a former CIA director openly praised it, and the eventual revelations of a FBI plot to frame General Flynn removed any vestiges of doubt.

The mainstream media’s war on Trump, later joined by social media platforms – censorship of the legitimate and accurate Hunter Biden laptop story just before the election being just the most egregious example – also played out for the world to see. In the end, they banned Trump from every social media platform while he was still in office, even as he said he would leave peacefully.

Basically, the entire US establishment was so consumed by the desire to burn Trump at the proverbial stake, they chopped up the scaffolding that held up the Empire to use as firewood.

In a speech recently, Joe Biden vowed to “rebuild, reclaim America’s place in the world” as a country that will “champion liberty and democracy once more.” That’s a daunting task, on par with putting the genie back into the bottle, un-spilling milk, or putting Humpty Dumpty back together again.

Ironically, the only thing that could repair American prestige in the world might be to patch up the American Republic, almost broken by the four years of ‘Resistance’ to Trump. But as that would entail some self-awareness and soul-searching, it remains, shall we say, highly unlikely.