Home / WORLD / The aliens are coming: Here’s what the movies tell us we should expect from the Pentagon’s UFO report

The aliens are coming: Here’s what the movies tell us we should expect from the Pentagon’s UFO report 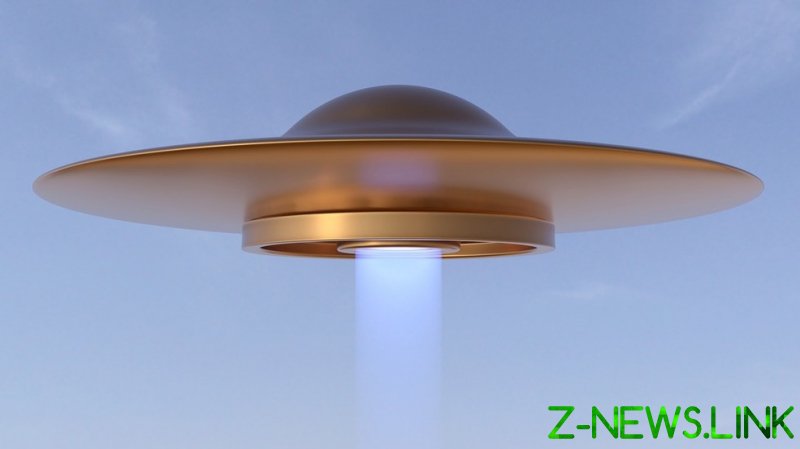 On Friday, the Pentagon is scheduled to release its highly anticipated report on UFOs, or as the government now calls them, UAPs – unidentified aerial phenomena.

Similar to Richard Dreyfuss in ‘Close Encounters of the Third Kind’, I’m a long-time, self-confessed, tin-foil hat-wearing UFO enthusiast/fanatic. As such, I’m delusionally hoping the recent government and media pivot to taking UFOs seriously will lead to some sort of ‘disclosure’, where the truth out there will finally be revealed.

Of course, my more rational side knows that any time you’re relying on the government or mainstream media for transparency or truth, you’re playing a fool’s game.

Regardless of what the new UFO report says, the possibilities of what’s going on in our skies and under our seas span from the mundanity of mistaken perception combined with malfunctioning equipment to the momentous notion of extra-terrestrial/inter-dimensional visitors. Despite the alleged implausibility of it, my bet is on the latter, which means that aliens are indeed traversing our air space and ocean depths with technological aplomb and military impunity. So, it might be a good idea to figure out their intentions.

As a film critic, I thought the best way to prepare for contact with our elusive galactic visitors the Pentagon cannot confirm or deny exist was to turn to the movies as a guide, as our collective imagination has projected onto the silver screen and our culture a cavalcade of useful alien archetypes.

Movies about human-alien contact that feature gentle aliens we’d be lucky to have visit us are very reassuring, and among the best that cinema has to offer.

In this archetype, which features fantastic movies like ‘E.T.’, ‘Close Encounters of the Third Kind’, ‘The Abyss’, ‘Arrival’, and ‘The Iron Giant’, the aliens are good guys, and the villains are our aggressive and deceptive government.

In some of these types of films, like ‘Starman’, ‘The Man Who Fell to Earth’, and ‘Midnight Special’, the alien can be a pseudo-Christ figure, and government bureaucrats a nasty combination of the Sanhedrin and brutish Roman soldiers.

These benevolent alien stories put us at ease, because humans are still in power. These movies are philosophical in nature and posit that the problem isn’t the aliens, it’s our own corrupt human nature, something we foolishly believe we can eventually overcome.

Hollywood has also inundated audiences with a plethora of malevolent aliens with distinctly human mindsets over the years, which may lead us to assume nefarious intentions on the part of actual visitors from space.

For instance, in the less-than-stellar ‘Independence Day’, ‘War of the Worlds’ (1953/2005), ‘Edge of Tomorrow’, ‘Battle: Los Angeles’, and ‘Starship Troopers’, aliens – despite their non-human appearance – seem remarkably human in their militaristic behavior and thirst for blood and conquest. The malevolent alien archetype scares us, because it renders us powerless and reflects our violent aggression back onto us.

The creators of these fictional aliens assume that extra-terrestrials share our depraved belligerence and can only be defeated by military force (and accompanying bigger budgets), which is not surprising considering Hollywood’s long-standing, fierce commitment to making shameless propaganda for the Pentagon.

A similar archetype is the vastly superior malevolent alien with a specific weakness. For example, in the taut thriller ‘A Quiet Place’, the terrifying aliens are blind but have super-sensitive hearing… maybe too sensitive. In the often-overlooked M. Night Shyamalan gem ‘Signs’, the alien’s weakness is water, while in ‘War of the Worlds’ it’s a susceptibility to the common cold.

This specific archetype is actually religious in nature, as it spotlights humanity’s desire to think it exists under God’s divine protection against the demonic evil of alien invaders – which is sort of amusing, considering there are actually reports of some real-life military top brass believing UFOs/aliens are ‘demonic’ entities.

To me, the most terrifying alien archetype is that of the alien hunter whose prey is humans.

In ‘Predator’, the alien hunts humans for sport, and in the ‘Alien’ franchise, the alien is a horrifying beast relentlessly tracking down humans in order to propagate its species by incubating its eggs in our bellies.

‘Alien’in particularforces humans to consider the prospect of being moved down the food chain, and while that’s exhilarating in fiction, in reality it’s absolutely chilling.

Another terrifying alien archetype is the shapeshifter that can assimilate and mimic humans. Films like ‘The Thing’ (1983), ‘Species’, ‘Invasion of the Body Snatchers’(1956/1978), and ‘Under the Skin’ all turn humans into potential aliens.

This archetype is unnerving because it makes us suspicious of other people and ourselves. Aliens might already be among us, and anybody – including us – could be an alien.

That said, if aliens are seductresses that look like Scarlett Johansson (‘Under the Skin’) and Natasha Henstridge (‘Species’), there are worse ways to die.

In conclusion, to be optimistic about alien visitation, watch ‘E.T’.For a realistic portrayal of how all this UFO stuff will go down, check out ‘Close Encounters’ or Robert Zemeckis’ under-rated ‘Contact’. For a philosophical/religious alien experience dive into ‘Arrival’, ‘Starman’,or ‘The Iron Giant’. For a tense thrill ride, go with ‘A Quiet Place’. To indulge the nightmare scenario, go with John Carpenter’s ‘The Thing’ (1983) and Ridley Scott’s masterpiece ‘Alien’. To see a fantastic documentary that seriously examines the UFO phenomenon, watch ‘Out of the Blue’ (2003). And to find the truth regarding UFOs, keep your eyes on the prize and to the skies, and trust absolutely no one.