Home / Video news / The advertisement, filmed in Kiev has won in Cannes. Video

The advertisement, filmed in Kiev has won in Cannes. Video 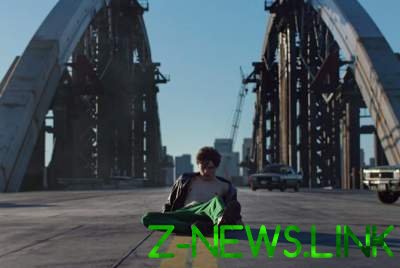 The video Go With The Flaw were awarded in three categories

For production, answered the Ukrainian company, and directed by françois Roselle, who has previously worked with Madonna, Depeche Mode and The Rolling Stones. The soundtrack of the advertisement was the song of Edith Piaf “Non, Je ne regrette Rien”, and the main locations — Podolsky-Voskresensky bridge and the national University of theatre, cinema and television named after Karpenko-Kary.

Note that the festival “Cannes lions” — the most prestigious in the advertising world. This year it was held on the Cote d’azur from 18 to 22 June.

We will remind, in the beginning of this year the Kiev production company Radioaktive Film, who worked with world stars such as MØ, Coldplay, Years & Years, Tame Impala and Foals, shot a promo for a British company tickets Trainline. A 40-second video in the style of action a woman chasing a man runs out of the subway and immediately transferred to the Central train station. Losing sight of the guy, she meets a lovely woman, who tells her about the train schedule.

Kiev is increasingly attracting foreign Directors and becomes a platform for music videos and movies. Promotional video of the new generation of the Apple Watch, shot at the Central station, also created with the participation of the production Studio by Radioaktive Film. It was shown in the new theatre of Steve jobs to Apple during the presentation of new products from Apple.