Home / WORLD / The accident in Ecuador, killing dozens of people

The accident in Ecuador, killing dozens of people 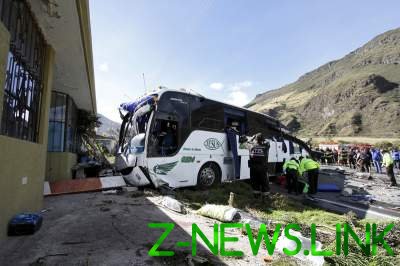 Victims of the bus crash were 24 people, 19 people were injured.

The accident with the bus in Ecuador at least 24 people were killed and 19 were injured.

“The bus was in Colombia, heading to Quito. Then crashed into a small vehicle in an area known as the “deadly turn” and destroyed several houses along the highway”, – stated in the message.

See also:  In Thailand, the Russians made a fatal accident

Related news: England overturned bus: 40 persons injured, a woman gave birth on a place of road accident
Among the victims were three minors. Most of the passengers were Colombian.

The accident occurred due to the fact that the driver lost control. He among the wounded.

According to the organisation of road safety Road Justice, on average, 13 people die every day on the roads of Ecuador. Approximately 95% of the accidents occur due to human error.