The ACAB attitude creeping into mainstream politics is dangerous and hypocritical 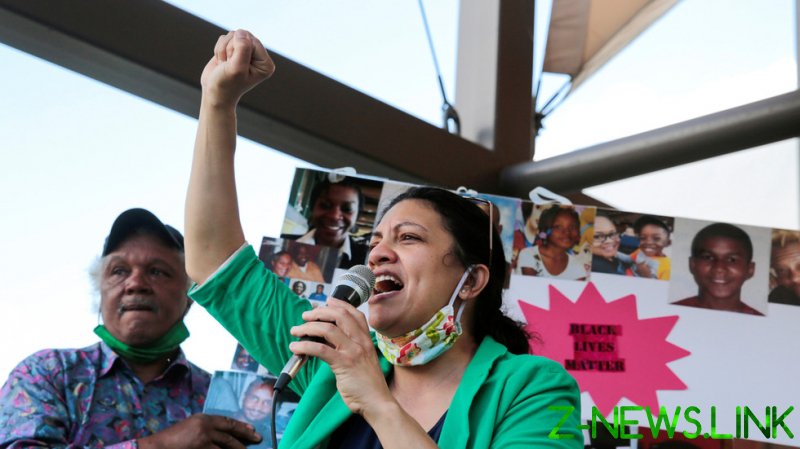 The recent shooting of Adam Toledo and ongoing trial of Derek Chauvin may have reinvigorated Black Lives Matter messaging critical of policing, but the same politicians who parrot anti-cop talking points are seemingly more than happy to give law enforcement officers free rein over cities, if not entire states, when it’s their own safety at risk, or when it can be used to further their control.

With the stories of George Floyd and Breonna Taylor at the forefront of our collective consciousness, the rhetoric in regard to policing inner-city and non-white communities has never been more inflammatory.

The saying “ACAB,” or “All Cops Are Bastards,” specifically, is commonly seen on social media and spray-painted on buildings in the aftermath of BLM riots. It’s a phrase that embodies intense resentment toward police officers, and the view that they are wholly and irredeemably corrupt.

Though officials sympathetic to the BLM movement may try to placate supporters with promises to weed out the “few bad cops” and increase police accountability, the ACAB mentality says no.

It’s not just a few cops, it’s all cops. And while reform measures may superficially try to address racially biased policing, since the criminal justice system itself was supposedly built upon such racial biases, according to the far left, until policing is abolished completely, black communities will continue to live in fear of state-sanctioned violence.

The concept of police abolition may be radical to the politically unitiatied, but BLM has been extremely successful at mainstreaming initiatives that, just five years ago, would have been considered fringe and extreme.

For example, calls to defund the police are now a common talking-point in left-wing politics, and the idea that American policing is inherently racist and violent is promoted as self-evident by mainstream media outlets. Even major corporate juggernauts like Nike and Foot Locker have publicly pledged allegiance, and funding, to solving “systemic racism.”

And now, in the wake of Daunte Wright’s shooting, an incident which has been widely condemned as a tragic mistake, progressive figureheads appear to have further escalated their attack on American policing. No longer satisfied with cutting budgets or advocating reforms, it seems that actual elected politicians have started to embrace the new party line: abolishing the police altogether.

Posting to her millions of Twitter followers, Rep. Alexandria Ocasio-Cortez recently remarked that:

Daunte Wright’s killing was not a random, disconnected “accident” – it was the repeated outcome of an indefensible system that grants impunity for state violence, rewards it w/ endlessly growing budgets at the cost of community investment, & targets those who question that order.

Cameras, chokehold bans, “retraining” funds, and similar reform measures do not ultimately solve what is a systemic problem.

That system will find a way – killings happen on camera, people are killed in other ways, retraining grows $ while often substituting for deeper measures.

And while Ocasio-Cortez’s message was perhaps purposefully vague as to what, specifically, should be done about this “indefensible” and “systemic problem,” her colleague Rep. Rashida Tlaib made her position explicitly clear:

It wasn’t an accident. Policing in our country is inherently & intentionally racist.

Daunte Wright was met with aggression & violence. I am done with those who condone government funded murder.

No more policing, incarceration, and militarization. It can’t be reformed.

The left has clearly taken a strong stance against the police in regard to cases championed by Black Lives Matter. However, just a handful of months ago, these same Congresswomen were all but pleading for the protection of law enforcement officers against often discussed, but rarely seen, far-right extremists…

Rule of law for me, but not for thee

In January, after some participants of a pro-Trump protest stormed the Capitol, you may remember that Democrats were quick to condemn the incident as an attempt at “insurrection.” And following the death of Capitol Officer Brian Sicknick, who was present at the event, but whose official cause of death has yet to be determined, many on the left also voiced their outrage that anyone would dare to put brave law enforcement officers, such as Sicknick, at risk.

Furthermore, after the fact, several members of the House of Representatives, including Rashida Tlaib and Alexandria Ocasio-Cortez, gave tearful testimonies about threats they received and their perceived lack of safety. They called for action and increased security, and in response, the now infamous January 6 riot led to the deployment of tens of thousands of National Guard troops to DC, and to the erection of chain-link fencing around government buildings.

The new martial law-style lockdown in the nation’s capital lasted for months and, at one point, even included checkpoints and a curfew. But despite these objectively authoritarian measures, the demands for a detente in law enforcement tactics, or the abolition of law enforcement altogether, were curiously absent from the left’s response to the alleged Trumpian “sedition.”

And what about COVID?

In addition to cracking down on potential right-wing political violence, Democrats have also proved ready to employ strict policing when it comes to Covid restrictions. Blue states such as Michigan, New York, and California have all produced viral videos showing residents facing off with police enforcing draconian lockdown rules.

Strangely, though, the usual BLM complaints against “over-policing” have similarly been missing from the debate surrounding the threat to civil liberties in the face of stringent public health initiatives. And although left-wing activists and politicians have challenged police authority to conduct routine traffic stops in the face of incidents like Daunte Wright’s shooting, few progressives have been as skeptical about state authority to close down churches, businesses, and even ban private gatherings.

Considering the high rate of violent crime in cities such as Chicago, Detroit, and Minneapolis, and the low mortality rate of Covid overall, these conflicting attitudes toward policing are ignorant at best, and politically motivated at worst.

You get what you vote for

Overall, the left’s manic approach to law enforcement has led to a dystopian reality for far too many Americans. Violence has risen in many cities, and as police forces have their budgets slashed and their officers rendered ineffective, riots and looting continue unconstrained. At the same time, however, this past year has also paradoxically seen the implementation of police crackdowns not in response to actual crime, but rather formerly innocuous activities such as operating a business, or gathering with others.

Sympathy may be a natural response to those living in areas where police are praised for shutting down churches but scorned for dealing with dangerous criminals, but remember, these developments are not new. Last summer was a nightmare of riots and Covid hysteria and yet, in November, many of these cities and states voted for the very same politicians whom they had witnessed behaving ineptly and hypocritically for months (if not years) beforehand.

Voters who did vote against these policies but were simply outnumbered by their left-leaning neighbors have my understanding. But for everyone else, one saying comes to mind to sum up their current situation: play stupid games…