Home / business / The abduction of the Ukrainians in Moscow: fresh details

The abduction of the Ukrainians in Moscow: fresh details 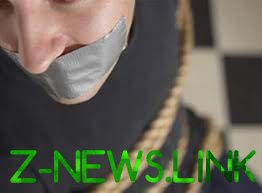 The seat of the Ukrainian unknown.

Russian law enforcement authorities in Moscow released the detainee before the New year the former military ATO Oleg Nehoda. About this informed the informed source.

“Let him go! He called back about 13 30. Now returned to Ukraine “, – said the Agency interlocutor.

Earlier media reported about the arrest in Moscow of a participant ATO from Kiev Negoda, who at the end of 2017 went to Saratov (Russia) sister. He was arrested on December 24-25. Now his whereabouts are unknown.

MFA of Ukraine appealed to the Russian foreign Ministry with a demand to confirm the fact and explain the circumstances of the detention of a participant ATO Oleg Negoda in Moscow, said the official representative of the Department of consular service of the MFA of Ukraine Vasily Kirilich.

“We appealed to the Ministry of foreign Affairs of the Russian Federation with the request to inform, whether detained the citizen. In the case of confirmation of the fact of detention, we are required to report, on what basis and under what circumstances is detained, the place of detention and also immediately to allow the Consul to visit the detained Ukrainians”, – said Kirilich.