The $16 TRILLION bug: Pandemic could cost US economy its entire annual output 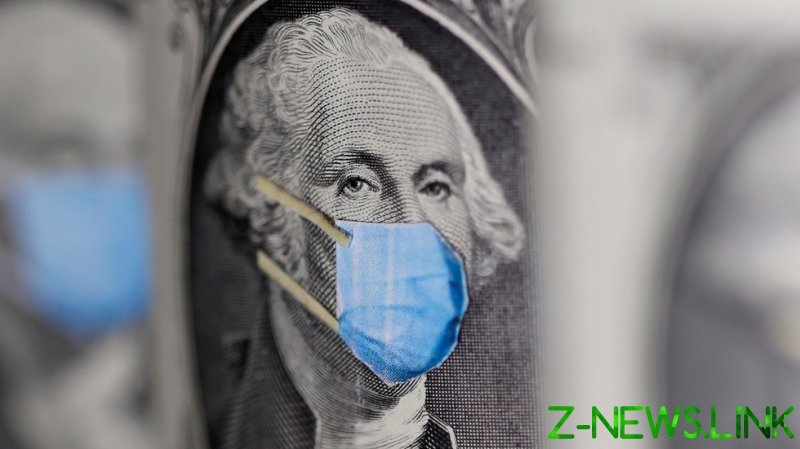 While most studies assess the costs of the deadly virus by its impact on the national gross domestic product (GDP), a paper published in the Journal of the American Medical Association earlier this week offered a different approach.

The authors of the study – former Treasury Secretary Lawrence Summers and Harvard University economist David Cutler – also took into account losses associated with those who have died due to the virus, in addition to the purely economic costs.

With the number of coronavirus infections in the US nearing eight million and deaths surpassing 215,000, the researchers believe that the outbreak may result in an estimated 625,000 cumulative deaths in the country through next year. Given the theoretical “conservative value of $7 million per life,” premature deaths linked to the coronavirus could wipe out nearly $4.4 trillion, according to their calculations.

The virus is believed to have long-term effects on health, especially for survivors with severe or critical disease. As those complications lead to increased risk of premature death, they also have far-reaching consequences for the entire economy, with losses amounting to another $2.6 trillion for cases forecast through the next year, the authors noted.

Even those who did not contact the deadly virus could also be affected by it, the paper adds. Suffering caused by the possible death of loved ones, as well as the effects of isolation and loneliness, may lead to deteriorating mental health conditions. This also takes its toll on the economy, which could lose approximately $1.6 trillion due to mental health impairment, according to the research.

The rest of the losses – nearly half of the total – are associated with a drop in income due to the coronavirus-triggered recession. The authors cited a previous estimate from the Congressional Budget Office, which projects a total of $7.6 trillion in lost output during the next decade.

“The economic loss is more than twice the total monetary outlay for all the wars the US has fought since September 11, 2001, including those in Afghanistan, Iraq, and Syria,” the study reads. “The total cost is estimated at more than $16 trillion, or approximately 90% of the annual gross domestic product of the US,” it concludes, adding that the estimated loss for a family of four would reach nearly $200,000.

The paper comes as US lawmakers debate another stimulus package, set to mitigate damage from the virus. The research stressed that any such economic relief should allocate at least five percent of the funds for increased testing and contact tracing, as an investment of approximately $6 million leads to averted costs of an estimated $176 million.

“Increased investment in testing and contact tracing could have economic benefits that are at least 30 times greater than the estimated costs of the investment in these approaches,” the study said. It added that financial support for health measures should not be dismantled even when the concerns about the pandemic begin to recede.