The 15-year race for the Moon has just kicked off 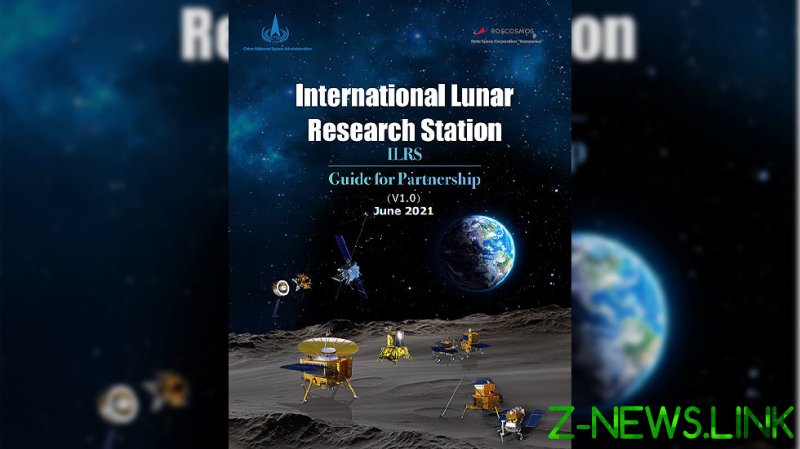 On Wednesday, Chinese and Russian officials jointly released their comprehensive roadmap towards the construction of the International Lunar Research Station. Having already signed a Memorandum of Understanding earlier this year, the two powers have now set out a 15-year plan to build a base on the Moon, a feat which would be unprecedented in history. The base will be scientific and economic in nature, heralding communications networks, energy and utilization of local resources.

The scheme first sets out a series of reconnaissance missions, including China’s Chang-e 6, 7 and 8 probes, as well as Russia’s Luna 25, 26 and 27 programs. Following on from this, a phase of construction will begin which will aim to make this base operational for human use by 2036. The morning after the news came out, China’s own Shenzhou-12 mission launched, carrying three astronauts to its new Tiangong Space Station.

This is a phenomenal vision, but it has competition… from the usual suspects. The Chinese-Russian ILRS comes up against NASA’s Artemis program which, unsurprisingly, heralds the same ambitions. Although it has not set out a date yet, Artemis plans to construct a ‘Base Camp’ on the Moon with very similar objectives. Critical to NASA’s own objectives is in fact using this as a preparatory stage for a human mission to Mars, which also reveals its strategic importance.

The timing of the China-Russia plan came just as President Joe Biden held his summit with Putin in Geneva, which illustrates the stakes at play. It’s a strong show of solidarity between the two, a statement of intent to Washington and a demonstration that strategic collaboration between the two countries will not only grow but extend to the sphere of space. On this backdrop commences a new space race, which amounts to a ‘scramble for the Moon’, not to merely reach it, but to establish a presence upon it, and to eclipse the achievements of the last. The plans envisioned by both camps display the immense strategic, military, economic and scientific significance to whoever gets there first (although there is obviously room for more than one).

But while Russia and China are teaming up, the US is not alone even if it has no partner of parity amongst its allies. Yesterday, Brazilian President Jair Bolsonaro signed his country’s Space Agency up to the Artemis Accords. As the Space News article on the ILRS, linked above, set out, the forming of two rival camps with stellar ambitions on the Moon “signals the progressive bifurcation of the international space community around two contending – and potentially conflicting – pathways for future lunar exploration activities.” While some countries may contract themselves with NASA (who wouldn’t take that opportunity?) this does not mean they are necessarily opposing China’s plans. For example, France appears potentially interested in the ILRS, with Beijing having held the door open for other countries to participate. America may see this as a zero-sum competition, but in reality, many are happy to sit in both camps and experience ‘the best of both worlds’ (literally).

Supposing these programs are all successful, does anyone get to ‘own’ the Moon? Well, not quite. The 1967 Outer Space Treaty led by the US and USSR at the peak of the Cold War sets out that no country can in fact physically claim “sovereignty” over the Moon itself, as it is “the common heritage of mankind.” We have long seen the symbolism and political might of flags going up there, such as the US one famously, and recently the Chinese one, but ultimately, providing international law is kept, it can never be a ‘colony’ owned by one country. However, there is one snag. The treaty does on the other hand set out, well ahead of its time, that any structures built upon it will ultimately be “sovereign” to that particular nation.

Therefore, as a matter of practice, a race for the Moon has just commenced. Who will be the first nations to attain strategic and by extension, military superiority over the Moon? The implications for the Earth itself will be huge. The thing we gaze upon in the night sky is no longer something mystical and distant, but something that is now going to be the first platform to the permanent expansion of a human presence on other celestial bodies. If NASA’s thinking is correct, whoever so wins the Moon also wins Mars. Game on, and Moscow and Beijing have thrown down the spacesuit glove.