‘That is assault and child abuse!’: Internet reacts in horror as American Football youth coach PUNCHES 9yo player twice (VIDEO) 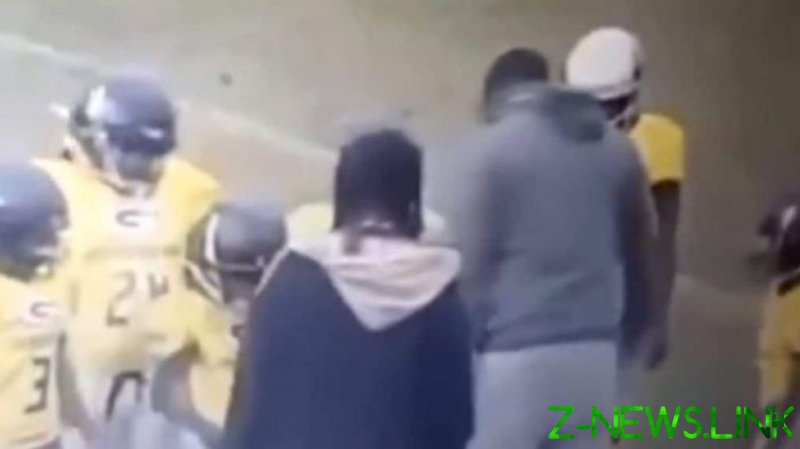 The video, which appears to have begun circulating online late Wednesday night, shows the head coach of pee wee team the Savannah Gators yelling at one of his players before punching him twice – with the second blow forceful enough to knock the child to the ground. The child is then seen bursting into tears before leaving the field.

Amid a wave of scrutiny and backlash, the Gators issued what most are describing as an ineffective apology, describing the coach in question as a “good guy that just took it a little too far“, prompting further derision from furious Twitter denizens.

In their attempts to control the narrative, the Gators opened the door to further criticism due to the wording of their statement, in which they requested that people keep “negative comments” off their social media profiles.

“Please keep the negative comments off this page please,” they wrote in bizarrely-worded Facebook post. “This organization has great coaches. We understand what we saw yesterday was disturbing to us all but let’s not blame everybody for one man’s actions.

“The organization is not at nationals. We have only two age groups at nationals, 7U & 9U, with only the coaches of those age groups, [which] the guy in the video is our 9U head coach.

“He is a good guy that just took it a little too far on a 9U player. We understand and we are aware of what’s going on and would like to apologize to the Big Peach Conference.”

The video, and the underwhelming apology, provoked considerable ire from many who saw it, including former UFC light heavyweight champion Quinton ‘Rampage’ Jackson who wrote: “If that were my kid I’d run on the field n beat his ass.”

Former three-time NFL all-pro Shawne Merriman also announced that he would “like two minutes with this tough guy.”

Perhaps sensing the growing scandal, the coach in question posted a video apology in which he said that he “makes no excuses for what I did” and said that he “shouldn’t have disciplined him like that in public, I should have waited until we got back for doing what he did.”

The story took another turn on Thursday after the Gators deleted their half-hearted Facebook apology, and it was reported by the IBTimes that the coach has been suspended for life from coaching children and is also facing criminal charges in Florida.