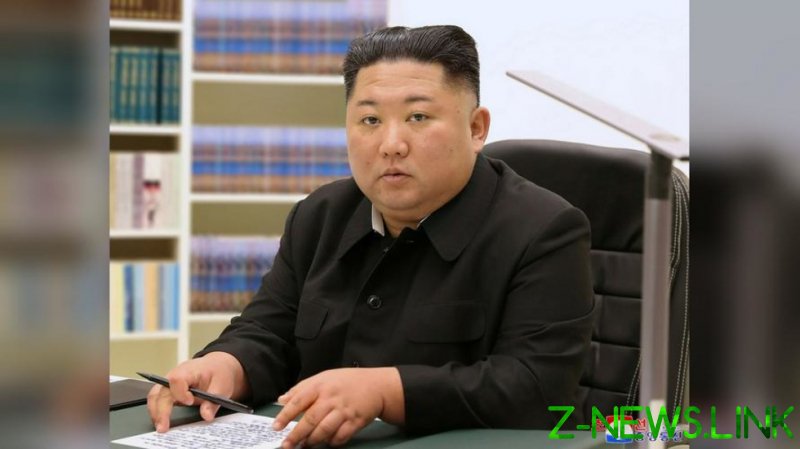 Skipping his traditional January 1 televised speech, North Korea’s leader opted for sending out a short handwritten message this year. According to the country’s media, it’s the first time since 1995 the country’s head has sent out a new year card instead of reaching out to them on TV.

In fact, last year, Kim’s turn-of-the-year address merged into his speech during a major meeting of the ruling Workers’ Party. A similar situation is expected this time too, with the party’s congress scheduled to take place in Pyongyang early in January.

In his brief message, Kim thanked his fellow north Koreans for supporting his leadership, pledging to continue his work and do more for the country.

“I offer thanks to the people for having invariably trusted and supported our Party even in the difficult times,” Kim wrote, wishing “all the families across the country greater happiness and beloved people, good health.”

The “difficult times” the country’s leader referred to are apparently the economic hardships North Korea faced in 2020. The pandemic further isolated the nation, which has endured decades of assorted sanctions, and its economy likely saw a sharp decline last year. According to estimates by data analysts Fitch Solutions, the North Korean GDP would have shrunk by a whopping 8.5 percent in 2020.

It also remains unclear to what extent the country’s population has been affected by the pandemic healthwise. While Pyongyang maintains it still has a zero Covid-19 tally, any attempts to challenge the official figures have been met with an exceptionally angry reaction by the country’s top officials, including Kim’s sister, Kim Yo-jong.

Early in December, she lashed out at South Korea’s top diplomat, Kang Kyung-wha, who said it was “hard to believe” Pyongyang still had no coronavirus cases. Kim Yo-jong blasted the minister’s remarks as “reckless,” warning that such statements further damage the already-battered relationship between the two Koreas.