Than the Russians can be useful celebration of the “power lobby” 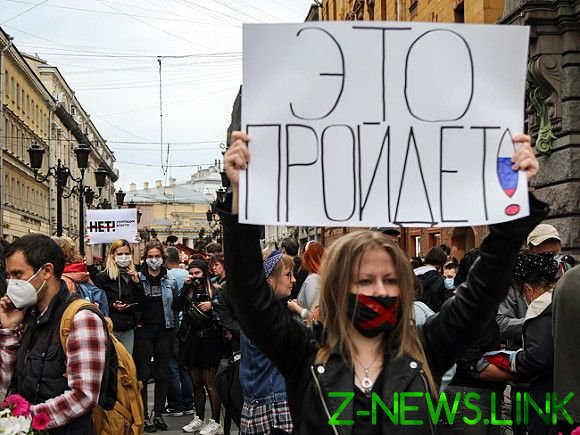 Paradoxically, now the majority of Russian citizens is beneficial to the mode “hit” on our freedom as soon as possible.
After all, his power is exclusively in the policy of “smearing porridge on a plate”, allowing the political managers to play on the fantasies and social expectations of the population.

The transition in the political regime of certainty that began with a constitutional crisis, not only became one of the causes of desacralization of Putin’s image, but also forced the elites to think about their political future. Stagnation with the possibility of degrading the state system does not inspire anyone.

Once the Kremlin decides, finally, to action in the style of real authoritarian regimes, at the same time “Wake up” counter-elites and will begin to form a political opposition to the modern type.

I am convinced that radical changes will occur in the system of government and the establishment. That is why the temporary triumph of the “security lobby” is a resource for political reforms to be undertaken by the new government. And while counter-elites do not feel that black funnel are on their souls, they will not come out of hibernation.

Why pull mode transition to the power scenario? Case in personality of Putin, which is important to look respectable in the eyes of the world and domestic public. The guys on the circuit do not suffer from such complexes. But they are afraid of phantoms of the Maidan and are pushing the President to take more decisive actions.

If they manage to impose their own fears Putin, then we will see positive changes in the next 5 years. As in Chile at the end of the reign of Pinochet.