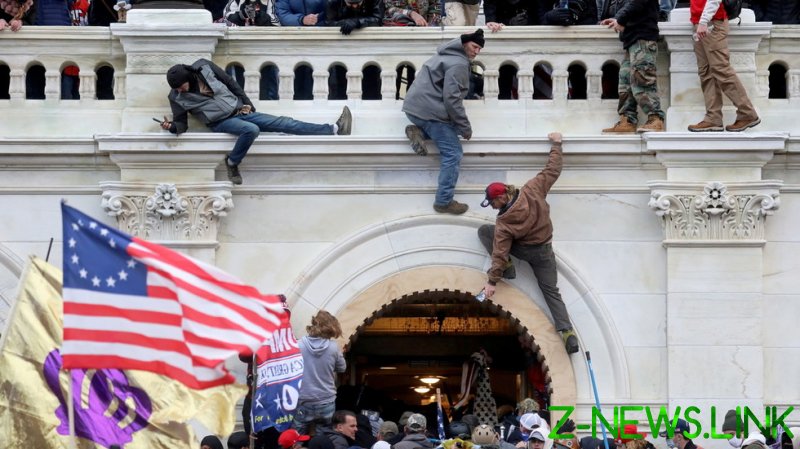 Andrew Quentin Taake, 32, was arrested on Friday and charged with five federal offenses, including assaulting officers, obstruction of law enforcement during civil disorder, and engaging in physical violence in a restricted building or grounds.

According to the charging documents, Taake discussed his participation in the riot with “Witness 1” on Bumble, and sent several photos of himself from that day. He admitted to being inside the Capitol building for about 30 minutes, and told the match he was there “from the very beginning.”

After the Bumble match reported Taake to the FBI, federal agents were able to use data from the app to build a case against him. They confirmed that he had flown into Washington, DC via Baltimore the day before, and found footage from police body cameras showing him allegedly attacking officers with pepper spray and “what appeared to be a whip-like weapon.”

Hundreds of people have been arrested over the January 6 riot, when a mob of protesters supporting President Donald Trump stormed the Capitol building and disrupted the joint session of Congress meeting to certify the 2020 presidential election. The lawmakers had just started considering Republican objections to the results in several key states, where Trump and his lawyers alleged irregularities had occurred. Much of the opposition melted away after the riot and the reconvened Congress quickly confirmed Joe Biden’s election.

Democrats have claimed the riot was an “insurrection” instigated by Trump, who was quickly banned from all social media platforms in the aftermath, but none of the people facing federal charges has been indicted for insurrection, sedition, or treason – only lesser crimes such as trespassing or disrupting official government business.

Taake is actually the second January 6 rioter who was arrested thanks to a tip from a Bumble user. In April, the FBI arrested Robert Chapman, of New York, who had allegedly bragged to a potential match about taking part in the unrest.

The Biden administration has since adapted the playbook for countering foreign terrorists and extremists to urge Americans to report on their family members and declare “white supremacy” and “homegrown violent extremism” the biggest threat to “our democracy” since the original Civil War.