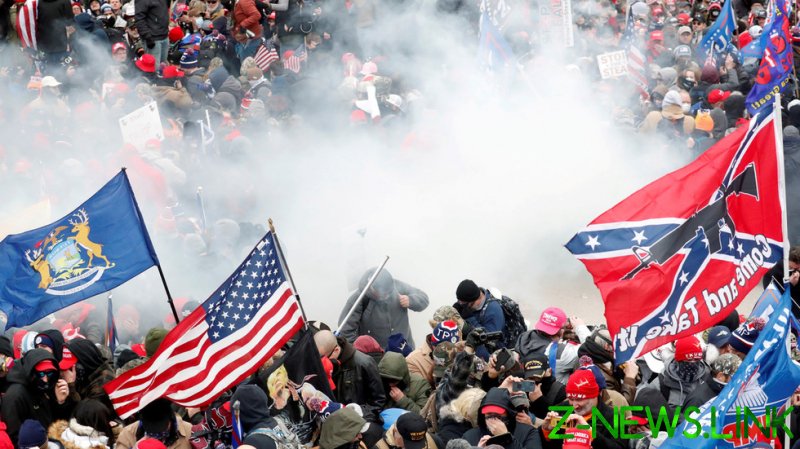 Filed in the Waco Division of the Western District of Texas this week, Paul Davis’ suit also requests the FBI and Justice Department be barred from arresting him unless they can prove he committed “some overt and intentional act of violence that directly resulted in substantial injury to the person of another.”

The 54-page complaint, filed in the name of several groups supportive of Donald Trump, claims it is not seeking to overturn the results of any elections and distances itself from other legal action taken by pro-Trump lawyers like Sidney Powell and Lin Wood.

The suit does claim, however, that every election that took place during the Covid-19 pandemic was illegal and that the “entire 117th Congress is illegitimate.” It demands every member of the House and Senate be removed from office and barred from holding political positions ever again.

Curiously, it also includes Facebook CEO Mark Zuckerberg as someone who should be banned from any and all political activity.

On top of this, the suit demands Trump be reinstated as president, deeming the certification of Joe Biden’s election victory, as well as the House’s vote to impeach Trump, “null and void.” It calls the former president the “only lawfully and constitutionally remaining federal public official.”

Davis was fired from his job after videos of himself at the US Capitol on January 6 were published, though he claims he did not enter the Capitol and was protesting peacefully.

In his video, Davis claimed to have been tear-gassed by police and said he wanted Congress to “audit” the results of the presidential election.

“We’re all trying to get into the Capitol to stop this,” he said. “And this is what’s happening. They’re tear-gassing us, and this is not acceptable. Not acceptable. People are not going to stand for this.”