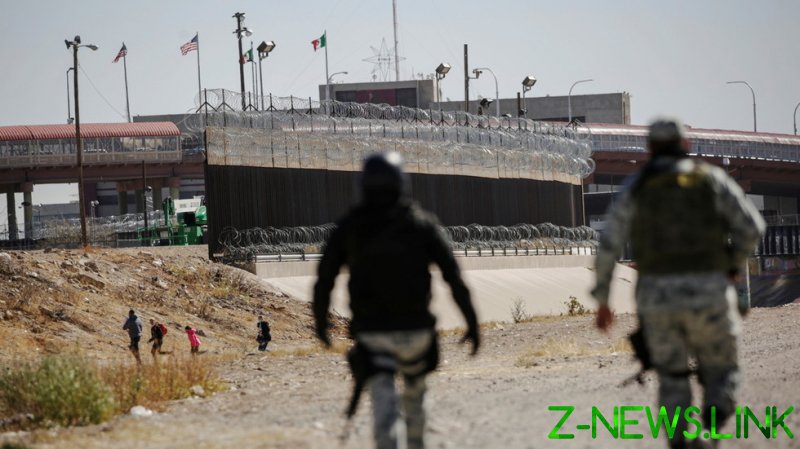 The new ‘Operation Lone Star’ initiative will send ground, air, marine and tactical security assets to high-threat areas of the state’s border with Mexico to stop cartels and other smugglers from bringing drugs and illegal aliens into Texas. Abbott announced the strategy late Saturday, one day after former President Donald Trump blasted President Joe Biden for creating a “spiraling tsunami” at the border that is “getting worse by the minute.”

“The crisis at our southern border continues to escalate because of Biden administration policies that refuse to secure the border and invite illegal immigration,” Abbott said. “Texas supports legal immigration but will not be an accomplice to the open-border policies that cause – rather than prevent – a humanitarian crisis in our state and endanger the lives of Texans.”

More than 100 illegal aliens who have been released by the Biden administration into Texas since late January have tested positive for Covid-19, a spokesman for the border city of Brownsville told local Fox News affiliate KFOX on Thursday. The positivity rate for migrants tested at Brownsville’s main bus station after they’re dropped off there by Border Patrol agents is 6.3 percent. Those who test positive are advised to self-quarantine, but the city has no authority to stop those people from traveling anywhere they want in the US.

The surge in illegal border crossings has been especially acute among minors. Axios reported on Thursday that an average of 321 unaccompanied children a day were transferred by the Border Patrol to the US Department of Health and Human Services custody in the last week of February, up from 47 in early January, before Biden took office.

Despite being embroiled in energy and water crises brought on by winter storms that caused power plants and pipes to freeze, Abbott has found time to clash with Biden. Abbott announced last Tuesday that he’s ending a mask mandate and other Covid-19 restrictions in Texas, prompting Biden to say, “The last thing we need is Neanderthal thinking.”