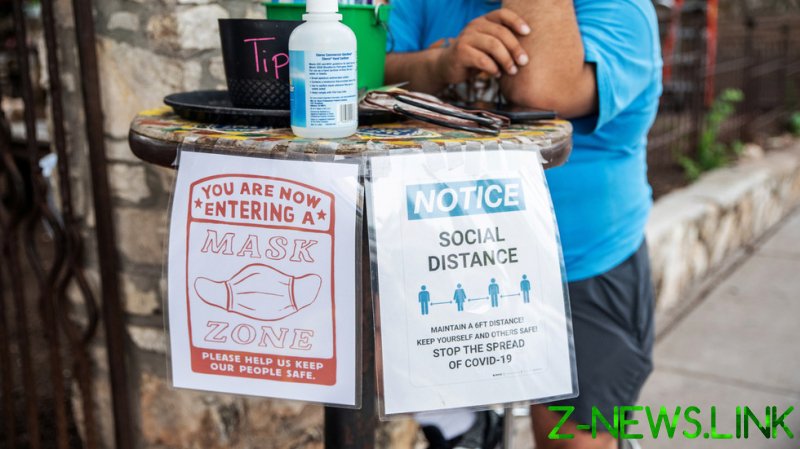 In a ruling on Tuesday, District Judge Antonia Arteaga said that Bexar County, including its largest city of San Antonio, may reinstate masking and quarantine requirements at public schools and other government facilities for now. The decision is temporary, however, pending another hearing on the issue set for next Monday.

Arteaga said she did not take the decision “lightly,” adding that she was swayed by public guidance from Junda Woo, medical director of San Antonio’s Metropolitan Health District and a vocal advocate for universal masking.

Immediately after the decision, both San Antonio and Bexar County reinstituted mask mandates and quarantine rules for their public schools.

“We can get back to managing what is a very dangerous surge of this Delta variant in schools and otherwise,” San Antonio Mayor Ron Nirenberg said, referring to a more contagious mutation of the coronavirus making the rounds in the US.

The move comes on the heels of a lawsuit launched by officials in Bexar and San Antonio seeking to challenge Governor Greg Abbott’s recent ban on mask mandates. Tuesday’s ruling marks the first legal blow to his executive order, though school districts in Austin and Dallas have also vowed to ignore it. Dallas County Judge Clay Jenkins, meanwhile, filed a similar lawsuit on Monday, which has yet to conclude.

A spokesperson for the governor, Renae Eze, responded to Arteaga’s ruling later on Tuesday, saying Abbott’s “resolve to protect the rights and freedoms of all Texans has not wavered” and that “dozens” of legal challenges to prior executive orders had been struck down before.

We expect a similar outcome when the San Antonio trial court’s decision is reviewed by the appellate courts.

In banning mask requirements late last month, Abbott insisted that Texas must rely on “personal responsibility rather than government mandates” as it fights the Covid-19 pandemic, also threatening penalties of up to $1,000 for local officials who refuse to abide by the order.