Home / WORLD / Texas freeze exposes cold, dark heart of America in which EVERYTHING is now political

Texas freeze exposes cold, dark heart of America in which EVERYTHING is now political 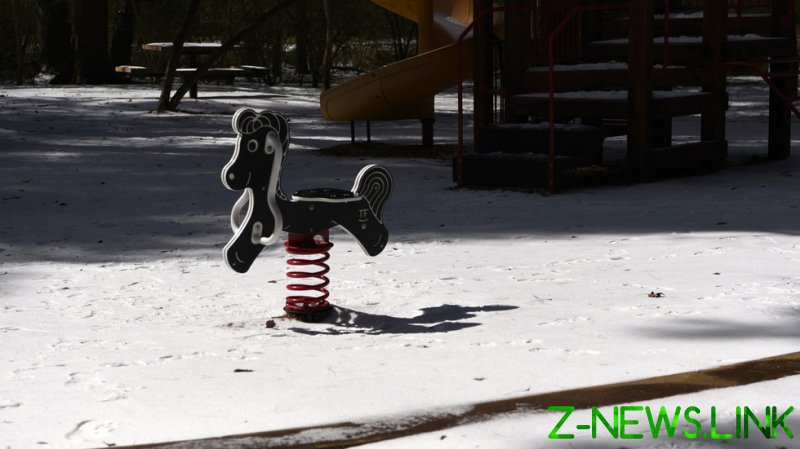 At least two people have died and more than four million have been left without power amid rolling blackouts in the state not used to anywhere near this much snow – with more snow and ice on the way, according to forecasts.

“Snow doesn’t fall to cover the hills, but to show the tracks of every beast,” goes an old Serbian saying. The tracks that showed up after snow and ice blanketed Texas and much of the Midwest have revealed the rough beast of American solidarity – or lack thereof.

Since Texas is run by a Republican governor, it didn’t take long for some of the Twitterati to mock the state as being worse off than “blue” states, meaning those run by Democrats such as California or New York.

Others dug up tweets by Texas Senator Ted Cruz and Congressman Dan Crenshaw, mocking them for criticizing the August 2020 blackouts in California as the fruit of Democrat rule.

While whataboutism may seem fair here, Cruz and Crenshaw didn’t mock the Californians themselves, but their leadership who couldn’t keep the lights on – through a heatwave fairly typical for summer in their state, unlike what happened in Texas. Their critics made no such distinctions.

“As a Texan” began trending on Tuesday, and among the top results was a thread by someone named ‘Molly B. Snackin,’ who urged everyone to keep in mind that Texans are “not all crazy,” as almost 47 percent of them are – Democrats.

“I live in San Antonio. We have a democratic mayor and largely voted for Biden,” she wrote, adding that they’re working to turn Texas blue but it’s going slower than she wants. In another tweet, she said she was “hoping that this latest disaster will be a catalyst to get rid of [Governor] Abbott in 2022.”

Judging by the replies, most people saw nothing wrong with this line of thinking. Apparently, if you’re a Texan right about now, you only deserve sympathy if you’re a Biden-voting Democrat – and those Trump-loving Red Republicans can and should freeze to death, by implication.

“I’m sorry let me just pack up and move to a deep blue state where my vote isn’t even needed so that I can earn the right to live,” said one Twitter user, who self-identified “as a Texan leftist.”

Apparently, one literally can’t even argue that Republicans are people too and should be helped when in mortal danger. This same user was compelled to add a series of replies clarifying he is not a Republican and what he said isn’t about political unity, ending with “We are not ‘Americans first’, and f**k Republicans.”

There was also an “eat the rich” element of online outrage, with multiple people posting screenshots of maps showing Highland Park – a wealthy area of Dallas – with no power outages. This narrative eventually sparked calls for a “class war.”

Except, according to people who actually live there, both Highland Park and nearby Preston Hollow are experiencing power outages as well. The screenshots come from maps of reported outages, and not all outages have been reported, they said.

Partisanship has also dominated the disputes over what caused the grid collapse, as Republicans pointed to frozen wind turbines as proof the “green energy” policies don’t work in emergencies, while environmentalists insisted that the Texas power grid itself is the problem and the storm was proof their climate change theories are accurate.

The Electric Reliability Council of Texas (ERCOT) said the problem was record-setting demand amid the freezing conditions. “This event was well beyond the design parameters for a typical, or even an extreme, Texas winter that you would normally plan for,” Dan Woodfin, senior director of system operations, told AP.

Governor Abbott has ordered a probe into ERCOT, vowing to “get a full picture of what caused this problem and find long-term solutions” to ensure that Texas “never experiences power outages like this again.”

The fact that the first response of so many to the Texas freeze was partisan mockery bodes ill for any notion of “unity” that the Biden administration has tried to promote, however half-heartedly. The “We’re all in this together” slogan of lockdown supporters sounds particularly hollow against the cold, hard reality.

A broken power grid is a serious problem. A country so divided that people see no problem in judging their fellow Americans unworthy to live based solely on their political beliefs is far worse.

It’s a real miracle no one has – yet – thought of blaming Russia for meddling with ERCOT, suggesting that Rachel Maddow’s January 2019 conspiracy theory is too crazy even for the present-day climate of partisan hate. It may be small as blessings go, but at this point anything will do.