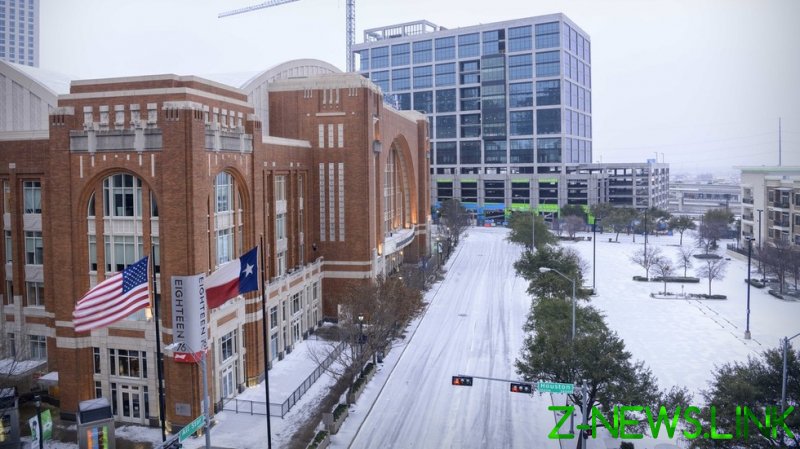 “Governor Abbott and the Texas Military Department have deployed National Guard across Texas to conduct welfare checks and to assist local authorities in transitioning Texans in need to one of the 135 local warming centers that the state has helped established [sic] across Texas,” Abbott’s office announced on Monday, following a massive snow and ice storm the night prior.

Abbott said that in addition to six “winter weather packages” from the Texas Military Department – consisting of 90 Guard personnel, 28 Humvees, four wreckers and a light field ambulance – he would also send 3,300 state troopers and 3,300 patrol vehicles to areas worst affected by the weather. Nearly 3,000 public workers from the state’s Parks and Wildlife Department, the Forest Service and the Department of Transportation will also take part in relief efforts.

“The State of Texas is deploying maximum resources to local officials throughout the state to respond to severe winter weather and to restore power to our communities,” Abbott’s statement continued. “State agencies are sending resources and personnel to help local officials clear roadways and to assist essential workers, such as healthcare professionals and power grid workers, in carrying out their essential duties.”

The inclement weather, uncommon for most of Texas, has exhausted the state’s power grid, prompting the Electric Reliability Council of Texas (ERCOT) to declare an “energy emergency alert three” earlier on Monday, imposing rolling blackouts for businesses, homes and city infrastructure across the state. As of early Monday evening, nearly 3.7 million residents were still without power, according to data compiled by poweroutage.us.

One of Texas’ largest power providers, Oncor Electric Delivery, said it is still facing an “unprecedented shortfall of electric generation” on Monday, warning that the “controlled outages” would be “significantly extended” and could last through Tuesday.

Some residents have reported temperatures well below freezing inside their homes, only expected to drop further as day turns to night, forcing some to seek shelter at one of the 135 “warming centers” set up around Texas.

Not long after the governor declared the Guard deployment, he shared “good news” in a Twitter post, saying some 200,000 homes had been brought back online with more expected in the coming hours. Earlier, he denied Texas’ power grid had been “compromised,” insisting that some companies were merely facing temporary issues but that state authorities were giving special priority to residential customers.

The severe weather on Sunday night – which has battered oil refineries in addition to the power grid – triggered a statewide winter storm warning, seeing every county placed under an advisory for the first time in Texas history. Abbott also requested and received a federal emergency declaration from the Joe Biden administration, as parts of Texas are expected to see another round of snow and ice on Tuesday.