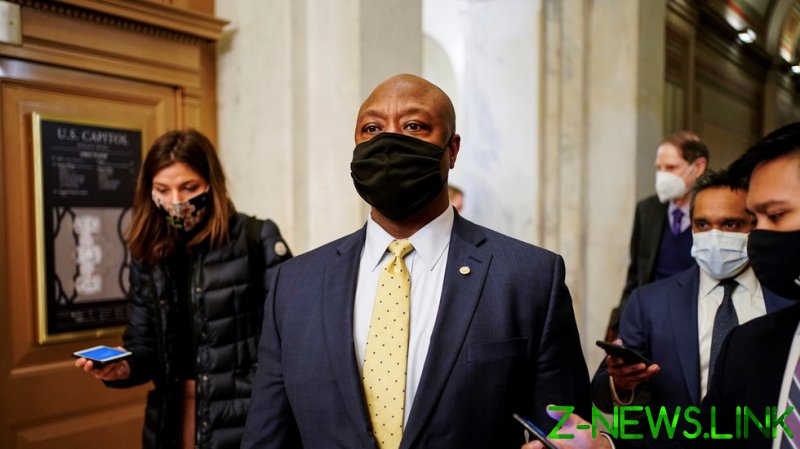 O’Connor, the Democratic Party chairman in Lamar County, Texas, admitted in a public statement on Tuesday to using a “racist term” and said he’d “embarrassed” himself and his political party.

“I am deeply and sincerely sorry for my inappropriate and hurtful use of [the] racist term I used to describe Sen. Tim Scott on my personal Facebook page. It was insensitive, and I have embarrassed myself and my party by its use,” O’Connor said, adding that he feels “compelled” to offer his resignation.

O’Connor faced calls to step down following his response to Scott’s Biden rebuttal.

“I had hoped that Scott might show some common sense, but it seems clear he is little more than an oreo with no real principles,” O’Connor wrote in his original post, which was quickly deleted following backlash. An ‘Oreo’ can be a derogatory slang term used to describe a black person who is being perceived as trying to act like a white person.

Texas Gov. Greg Abott was among the critics to call for O’Connor to “step down” for his “disgusting” comments.

Texas Republican Party Chairman Allen West posted a video to Twitter jokingly offering to send a “gift” of Oreo cookies to O’Connor, who he said needed to resign immediately.

Scott’s rebuttal to Biden’s speech has earned him much more backlash from the left, with the term ‘#UncleTim’ even trending following his address. Twitter later stepped in to block the racist term from trending, though tweets with the hashtag remain live.

Scott had declared that the US is “not a racist country” and accused Democrats of using race issues as “political weapons” in his speech, points that especially angered liberal users. Biden had promised in his own address to root out “systematic racism” from the American justice system, and warned that “white supremacist terrorism” is the “most lethal terrorist threat to the homeland today.”

Scott is the only black Republican in the Senate. He responded to derogatory attacks on him following his rebuttal by blasting the “liberal elite left.”

“They are not going to attack my policies. They are literally attacking the color of my skin,” he told Fox News. “You cannot step out of your lane according to the liberal elite left.”