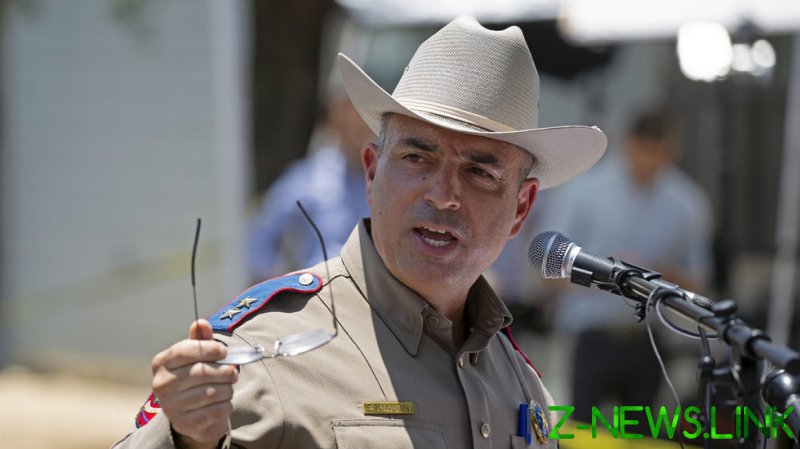 Law enforcement officials in Uvalde, Texas, refused to comment on Thursday on why police officers did not enter an elementary school to kill a mass shooter for an hour. Parents accused both local and federal police of “doing nothing” to end the carnage, and of handcuffing those parents that tried to intervene themselves.

Salvador Ramos, 18, killed 19 children and two adults at Robb Elementary school in Uvalde on Tuesday, before he was shot dead by a Border Patrol agent.

With the community still in grief, the response of local and federal law enforcement agents has come under sharp scrutiny. Officials with the Texas Department of Public Safety (DPS) first said that Ramos was “engaged” by a school district police officer on his way into the building, a story that has since been modified. DPS Regional Director Victor Escalon said on Thursday that the gunman “was not confronted by anybody” on his way in.

Once inside, the killer “barricaded himself” inside a classroom and began shooting the children and teachers inside, a DPS spokesperson said on Wednesday. Although police arrived on the scene within minutes, Escalon said at a media briefing that officers were unable to enter the classroom and neutralize the threat for an hour.

Pressed by journalists, Escalon would not explain why officers were unable to get into the classroom, telling the reporters that he’d “circle back” with an answer at a later time.

“The police were doing nothing,” Angeli Rose Gomez, who has two children in Robb Elementary, told the Wall Street Journal. “They were just standing outside the fence. They weren’t going in there or running anywhere.”

Gomez said that in the 40 minutes it took her to learn of the shooting and drive to the school, officers had not entered. When she raised her concerns with federal marshalls, she said that she was handcuffed and arrested for intervening in an active investigation. After local police convinced the marshalls to let her go, Gomez said that she jumped the school’s fence and rescued her two kids inside.

Videos shared on social media showed more parents like Gomez pleading with officers to enter the school and save their children.

In a further twist to the story, the Wall Street Journal reported that when the three Border Patrol agents finally entered the classroom, they simply asked the school’s principal for a master key and unlocked the room’s door. One agent had his shield shot, another was wounded by shrapnel, and a third killed the suspect, the paper reported.

The agents have not been named, but are believed to reside in Uvalde. The town of Uvalde is located 70 miles (120km) from Del Rio, a border city and a hotbed of illegal immigration.

Tuesday’s massacre in Uvalde was America’s deadliest school shooting since the bloodbath at Sandy Hook Elementary in 2012, in which 20-year-old Adam Lanza killed 27 people, including 20 first-grade children, before turning his weapon on himself.