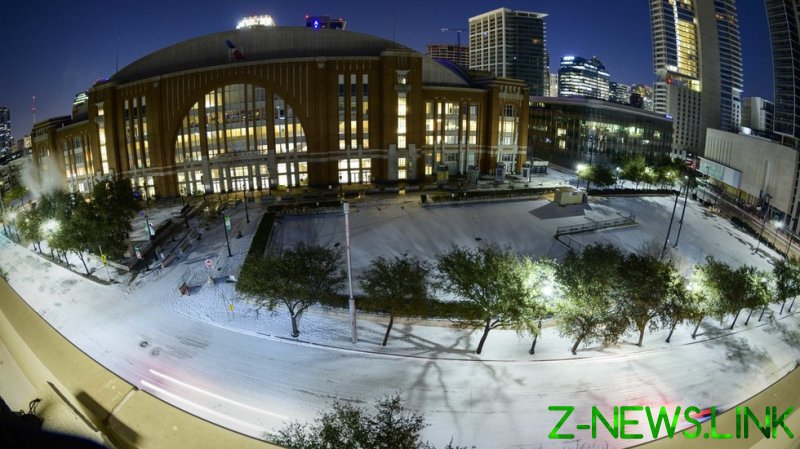 Ravaged by the first storm on Sunday night, Texas’ power grid has taken a beating over the last 24 hours, leading to rolling blackouts across the state for around 4.3 million residents as officials rush to repair ailing infrastructure. The power outages have set off a cascade of other problems, knocking some water treatment plants and cell phone networks offline.

A number of cities in central Texas have warned of water issues, with a prolonged outage in the city of Pflugerville prompting local officials to ask residents to boil water before consuming it in order to destroy harmful bacteria. Manville and Taylor have issued similar notices.

Cell phone providers, including T-Mobile, Sprint, Verizon, and AT&T, have also seen major outages amid the inclement weather, with the Down Detector site showing large disruptions of service throughout Texas.

People at the Austin Fire Department are battling with the element that is usually on their side when they deal with blazes. Water pipes have been bursting by the hundreds throughout the city as it was gripped by extreme cold. Responding to them was a challenge, since the AFD have their plate full with other emergencies.

Suffice to say, dealing with occasional flooding from an exploded water sprinkler on top of congested roads and cold doesn’t make a trip to Texas the best experience at the moment.

Governor Greg Abbott has been taking a lot of flak from Texans who are unhappy with how he has dealt with the crisis. He deployed the National Guard and allocated other resources to deal with the power outages. But people say the troops can’t help them make their homes warm again.

The public anger is shared by some elected officials, like Dallas County Judge Clay Jenkins, who nevertheless suggested bottling up the emotions because right now it’s “about human and animal survival.” And it’s not that metaphorical. At least two people were reported killed during the storm, apparently perishing to hypothermia along Houston-area roadways.

Some storm-trapped people in the Lone Star State wonder why the blackout has not become a bigger story for the national media. People can’t tweet when there is no power, so there you are – was one suggested explanation.