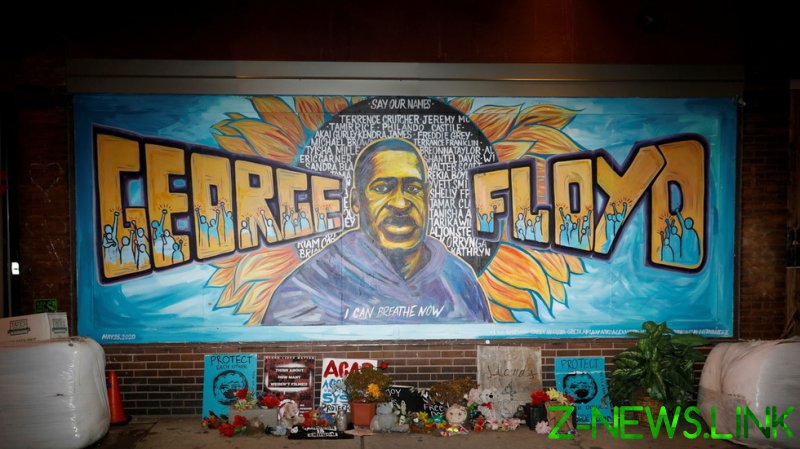 The Texas State Board of Pardons and Paroles endorsed the request on Monday, after a pardon application was filed in April on behalf of Floyd’s family, citing the fact that an arresting officer in Floyd’s 2004 case had been found to have fabricated evidence against other defendants.

A copy of a board document confirming the decision was obtained by journalist Keri Blakinger, who noted that the ball is now in Governor Abbott’s court.

Kim Ogg, the district attorney for Harris County, Texas – which encompasses Houston, where Floyd was arrested in 2004 – issued a statement on Monday “[lamenting] the loss of former Houstonian George Floyd,” while voicing hope that “his family finds comfort in Monday’s decision… to recommend clemency.”

Ogg also noted that, in a letter sent to the parole and pardons board in April, her office did “not support the integrity of Mr. Floyd’s conviction and agree these circumstances warrant a posthumous pardon.” Floyd was arrested for drug possession, with police alleging he attempted to sell $10 worth of crack cocaine to an informant. The Harris County Public Defender’s Office, however, disputes that version of events, arguing there never was an informant and that evidence was fabricated in the case.

The pardon request was initially made after it was revealed that Floyd’s arresting officer – Gerald Goines, formerly of Houston PD – “manufactured the existence of confidential informants to bolster his cases against innocent defendants,” according to Allison Mathis of the Harris County Public Defender’s Office. The alleged misconduct has now raised questions about previous cases on which Goines worked, leaving it unclear which, if any, other cases involved falsified evidence. Goines himself now faces a range of charges, including felony murder charges, stemming from a botched drug raid.

Floyd was killed in May 2020 while in the custody of the Minneapolis Police Department, after officer Derek Chauvin pinned Floyd to the pavement with a knee to his neck for around nine minutes. Chauvin was charged for the death, and later convicted of second-degree unintentional murder, third-degree murder and second-degree manslaughter, for which he was sentenced to 22 and a half years in prison.