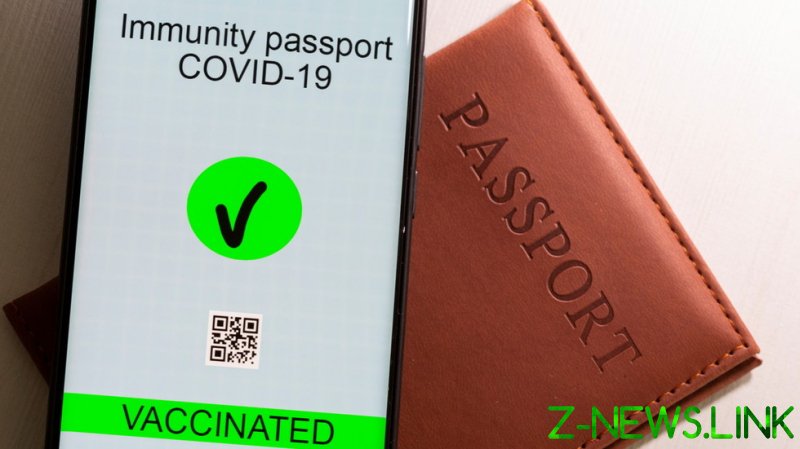 “Texas is open 100%. Texans should have the freedom to go where they want without any limits, restrictions, or requirements,” Abbott said in a tweet before signing the bill on Monday, adding that the legislation prohibits any business or government entity from “requiring vaccine passports or any vaccine information.”

Companies that run afoul of the new law can have state contracts revoked and may lose government-issued licenses or operating permits, according to the Texas Tribune. The bill stipulated that businesses will still be permitted to screen for the coronavirus itself and implement “infection control protocols,” however.

Though Abbott previously signed an executive order to a similar effect in April, Monday’s bill signing made Texas the latest state to ban the passes with lawmakers’ consent, most led by Republican governors. While both Utah and Arkansas prohibited government agencies from requiring proof of vaccination, others, such as Alabama, Indiana, Iowa and North Dakota, have barred vaccine passports outright, including for both business and the government.

The GOP governors have repeatedly blasted vaccine passports as dangerous to personal freedom. Florida Gov. Ron DeSantis, among the first to prohibit the passes by way of executive order, said they carried “huge privacy implications,” adding that he would not force residents to “provide proof of [vaccination] just to be able to live your life normally.”

Nearly half of all Texans have received at least one dose of a coronavirus vaccine, though only about 36% of the state’s population has been fully immunized, the Tribune reported.