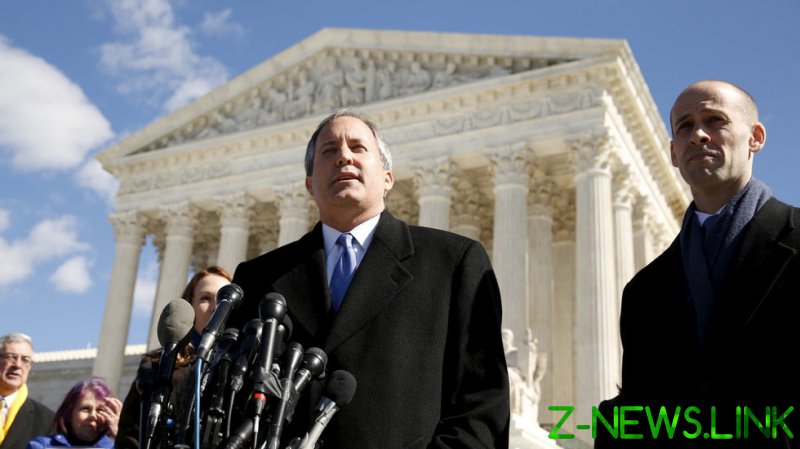 “Congrats, President Biden. On Inauguration Day, I wish our country the best,” Paxton said in a statement on Wednesday, beginning on a genial note.

The withering statement came some two hours after Biden’s inauguration in the nation’s capital, where he was sworn in by US Supreme Court Chief Justice John Roberts. Among his first acts in office, Biden signed a flurry of executive orders, some reversing acts taken by his predecessor, while others aimed to address the ongoing Covid-19 pandemic, the environment and immigration.

While some House and Senate Republicans have already made efforts to extend an olive branch to the new administration, many remain vocally opposed to Biden’s agenda and the ‘unity’ message struck in his first address – particularly lawmakers from the Lone Star State. Within moments of Biden’s swearing-in, Texas Senator John Cornyn blasted the president for his plans to revoke the permit for the Keystone XL pipeline, saying it would only “kick the industry further down the well.”

A spokesman for Texas Congressman Dan Crenshaw, meanwhile, said Biden’s “actions on day one, the list of executive orders he plans to sign, certainly do not signal a sense of humility and unity that Rep. Crenshaw would have liked to see.”

More broadly, large swaths of Republican voters view Biden’s election win as illegitimate, with nearly half of all party members polled saying that Trump “rightfully won” the race and that Biden took office on a “rigged” victory. In his inaugural speech, the new president dismissed the election fraud claims, urging the country to “reject the culture in which facts themselves are manipulated and even manufactured” while vowing to “defend the truth and defeat the lies.”