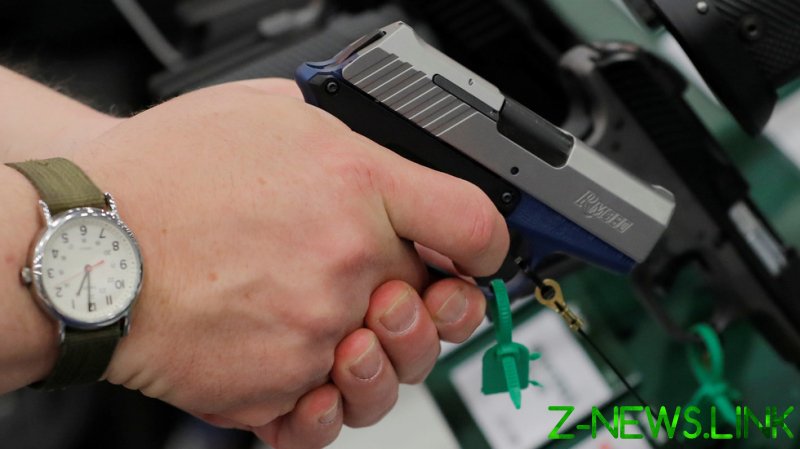 After passing through the state Senate late last month, Abbott put his name to HB 1927 on Wednesday, legalizing what proponents call “Constitutional Carry,” which allows residents to possess pistols with no license or mandatory training.

While the law exempts those already prohibited to carry firearms under state or federal law, such as convicted felons, all other state residents aged 21 and up will be free to tote handguns, openly or concealed, once the legislation takes effect on September 1.

The bill passed both the state House and Senate despite objections from law enforcement groups, gun control advocates and even the public at large, with a recent poll showing some 59% of Texans surveyed are opposed to permitless carry.

A group of five police orgs led by the Dallas Police Association lobbied strongly against the bill, though ultimately compromised after state Senators included a number of amendments to the law to address their concerns, which largely centered on officer safety. Without the amendments, the groups said “many dangerous and unstable Texans will have unfettered access to weapons and face little or no punishment when apprehended.”

Former Houston Police Chief Art Acevedo, who now serves as chief to Miami, Florida’s PD, also came out against the law last month, saying “From chiefs to sheriffs to police labor, we do not support permit-less, open carry.”

The compromise bill that was ultimately passed retained a provision that allows police to question residents solely based on their possession of a handgun, and also boosts criminal penalties for felons found to be carrying. State Senators also introduced a measure requiring the Texas Department of Public Safety to offer a free online gun safety course, in line with calls from other policing groups for residents to receive training.

Some police departments, such as those in Texarkana and Hooks, say they have no problem enforcing the new ‘Constitutional Carry’ law, with Texarkana police spokesman Shawn Vaughn stating “We enforce the law, whatever the legislature sees fit.”

“We’ve had no major issues [with handguns]. There are some people who will still be prohibited from carrying guns, such as felons, and those are the main ones we are concerned about,” he said.

Pro-gun groups have cheered the new bill, with the National Rifle Association deeming it “the most significant pro-Second Amendment measure in Texas history.” When the law passed the Texas state House, the Gun Owners of America hailed it as a “historic moment,” calling it a “strong bill with strong protections.”

Texas lawmakers have also passed a bill to make the state into a “Second Amendment sanctuary,” which will exempt it from any new federal gun legislation. Governor Abbott has already declared his intent to enact the law, saying “I look forward to signing it” in April, though it has yet to reach his desk.