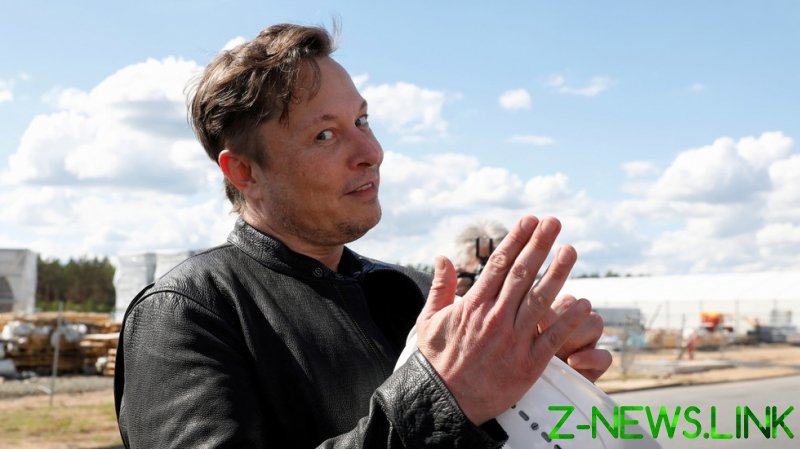 The shares rose by as much as 15%, changing hands at $1,045 in Nasdaq trading on Monday. The latest surge came on the first day of regular trading after Tesla’s stock closed above $900 for just the second time. With about 1.083 billion shares outstanding, the company’s market cap was $1.13 trillion at Monday afternoon’s intraday high.

As the owner of 22.4% of Tesla’s shares, Musk saw the value of his stake climb as high as $253.5 billion. The South Africa-born entrepreneur surpassed Amazon’s Jeff Bezos as the world’s richest person in September, when the estimated value of his holdings reached $200 billion.

Even before Monday’s gains, his lead over Bezos had grown to $55 billion, according to Forbes. Musk tacked on nearly $33 billion more at Tesla’s intraday peak – all in a day’s work.

Investors had already been piling into Tesla shares over the past two weeks, and the rally gained more momentum with the news of Hertz’s order. The rental-car chain said on Monday that it would build North America’s largest EV rental fleet, starting with an initial order for 100,000 Tesla Model 3 units.

Reportedly valued at $4.2 billion, the Hertz deal marks Tesla’s biggest order ever. It also reflects a breakthrough in making the company a mass-market player in the rental-car segment.

Tesla’s market value has more than doubled in the past year and, even before Monday’s gains, the stock had jumped 16% in the past two weeks. The company last week announced record revenue and earnings, exceeding analyst estimates. Third-quarter revenue climbed 57% from a year earlier to $13.8 billion as the company delivered more than 241,000 new EVs.

The EV maker joined a select club with its march to $1 trillion, following Apple, Microsoft, Amazon, and Alphabet as the only US companies to reach a 13-figure market cap. Saudi Arabian oil giant Saudi Aramco is valued at around $2 trillion, while Apple ranks as the world’s most valuable publicly traded company at nearly $2.5 trillion.