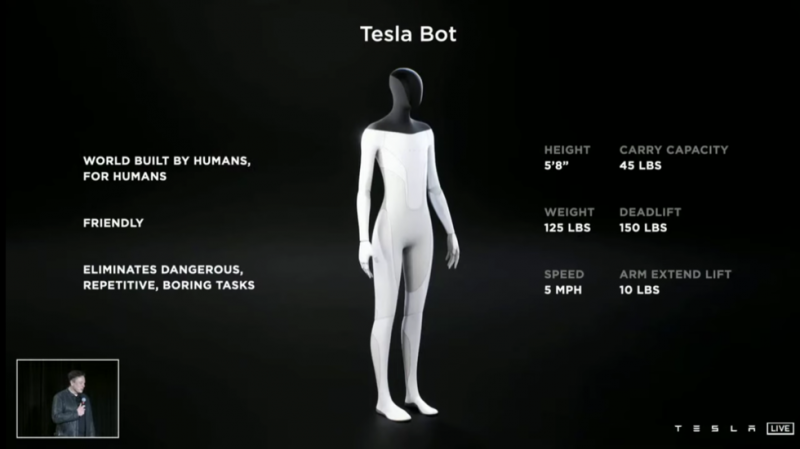 The news was announced on Tesla’s AI Day, which was streamed on the company’s website Thursday night.

The presentation began with a person in a robot suit performing a variety of dances on stage. Musk quickly stepped in to assure everyone that “that was not real.”

He then said that the prototype of a humanoid robot with a similar design, called ‘Tesla Bot’, will be ready sometime next year.

The robot will stand at 5’8, have eight cameras and help owners eliminate “dangerous, repetitive and boring tasks,” Musk said, adding that the bot will be friendly and harmless to humans.

“At a mechanical level, at a psychical level, you can run away from it and most likely overpower it. Hopefully, that doesn’t ever happen, but you never know,” the businessman quipped, prompting laugher from the audience. “Essentially, the future of physical work will be a choice.” 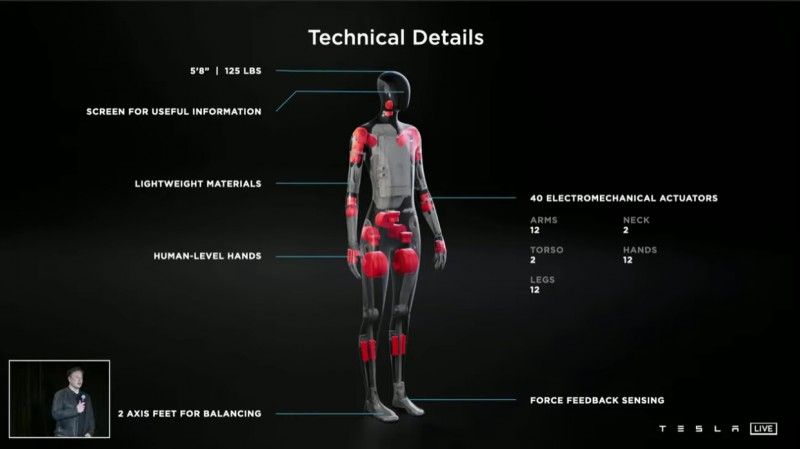 Musk said Tesla has enough resources and experience in building self-driving cars to unveil a robot that can theoretically be taught to do things like picking up groceries.