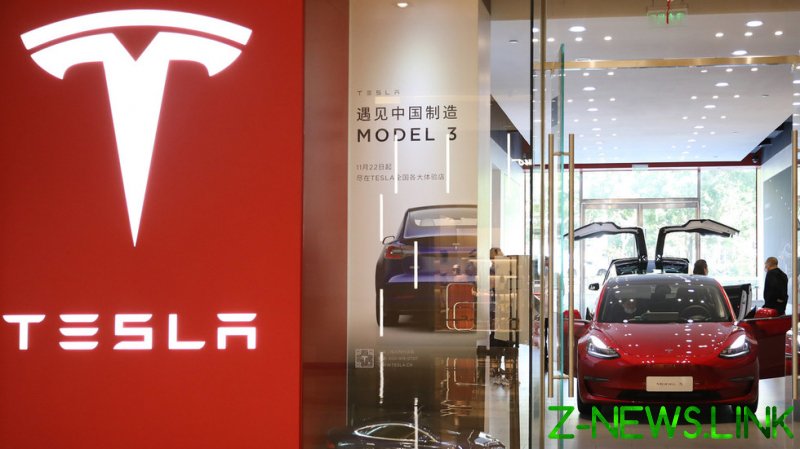 The announcement by electric car maker Tesla that it has opened a showroom in China’s Xinjiang has been met with ire from US rights and trade groups, as the region is believed to be involved in human rights abuses.

“On the last day of 2021 we meet in Xinjiang,” the firm said in a post on its official Weibo account, as cited by Reuters.

On Monday, US Senator Marco Rubio, one of the sponsors behind last year’s bill banning many US imports from Xinjiang, criticized Tesla’s move in a tweet, stating that “nationless corporations” are helping China “cover up genocide and slave labor.”

US Muslim advocacy and civil rights group the Council on American-Islamic Relations also slammed the development, claiming in a tweet on Tuesday that “by doing business in China’s Xinjiang Province […] Tesla is supporting genocide.” The group urged Elon Musk to close the Xinjiang showroom.

A similar statement to Forbes came from the Alliance for American Manufacturing.

The US and several other states have been criticizing China’s treatment of the ethnic Uighur population and some other Muslim minorities that reside in Xinjiang Province, following allegations from rights groups that around one million people were subjected to forced labor there.

Beijing has repeatedly dismissed accusations of this or any other abuses in Xinjiang, however, saying that labor camps in the region provide vocational training to locals and are a part of China’s counterterrorism policy.

Several other companies have recently been caught up in tensions over Xinjiang, including Swedish fashion retailer H&M and US chipmaker Intel.