Home / auto / Tesla has fought with a petrol sports car

Tesla has fought with a petrol sports car 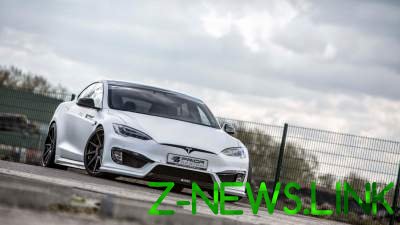 Electric car Tesla Model S was able previously to drag racing to get ahead of a few supercars and sports cars with gasoline engines. But can he be better than McLaren 720S? The answer to this question decided to give CarWow experts who have taken to test Model S P100D.

P100D Tesla Model S is the top version (most expensive). It has the highest capacity of all variants of the Model S. In particular, it is equipped with a lithium-ion battery 100 kW, and the power of the electric motor reaches 692 HP and 931 Nm of torque. To 100 km/h this electric car accelerates in just 2.4 seconds with a top speed of 249 km/h. by the Way, on a single battery charge it can travel more than 500 km.

It would seem that the Tesla Model S P100D noticeably better performance than the 720S, however, the British supercar is the “ACE in the hole”. It weighs much less than American electric. The result is McLaren 720S in a short race drag racing is 0.4 seconds ahead of Model S P100D.