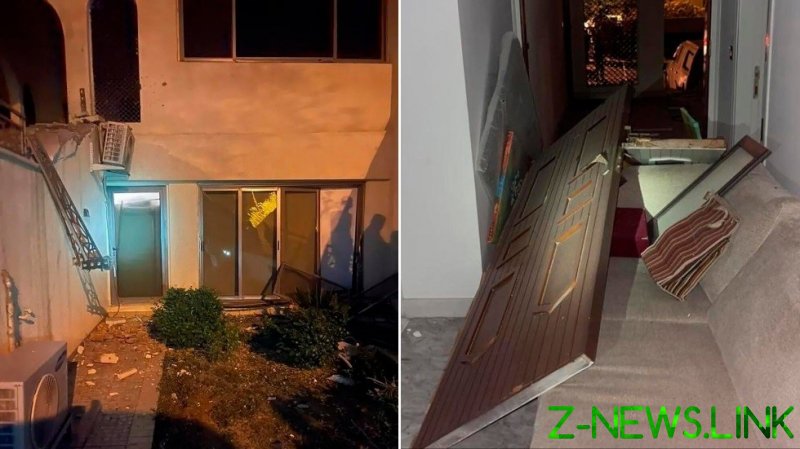 Two of the drones that targeted Al-Kadhimi’s residence in Baghdad’s Green Zone were downed and one reached the house, the ministry said. Some members of his security detail were injured, but the senior official was unharmed.

Images of the damage caused by the drone were released to the public.

The ministry will conduct “a wide investigation” and use “all resources and efforts to get the perpetrators,” Major General Saad Maan, who heads its media department, told the Iraqi press.

The attack happened on the back of mass protests in Baghdad over the outcome of last month’s parliamentary election. Pro-Iranian Shia parties that saw their representation significantly reduced have claimed the ballot was rigged. The demonstrations have been mired by violence, with protesters clashing with security forces, resulting in many injuries on both sides and allegedly leaving several demonstrators dead.

The prime minister made a brief televised appearance after the attack on his home, praising the security forces for “working to stabilize Iraq” and declaring that “cowardly missiles and drones do not build nations.”

Some of his critics suspect the incident was a false flag meant to distract public attention from the crackdown on protesters. A senior Iranian official claimed the attack could be traced to “foreign think tanks” seeking to destabilize Iraq.