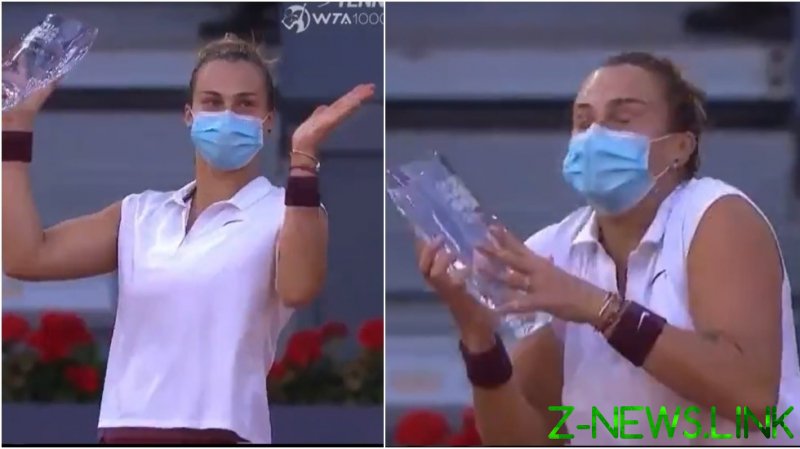 Seeded fifth on the clay courts of the Spanish capital, Sabalenka overcame the Australian world number one in three sets, 6-0 3-6 6-4, on Saturday.

The first set rout was the first time Barty had failed to win a game in a set for four years, while her run of 16 straight victories on clay also came to an end.

Clutching at her chest as the crowd gasped, Sabalenka and Barty both then broke into a laugh as fans applauded and ticker tape rained down over the court.

The win for Sabalenka – who is now tied at 4-4 in head-to-head meetings with Barty – will boost her confidence heading to the clay courts of Roland-Garros later this month.

The Belarusian has never gone past the fourth round at a Grand Slam but will tipped to improve on that at this year’s French Open as she rises to the world number four spot on Monday.

Barty, 25, will be among the favorites in Paris having claimed a maiden Grand Slam title there in 2019.