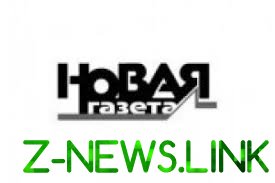 Terrible police checks on the fact of beating of the browser “Novaya Gazeta” Elena Milashina and lawyer Marina Dubrovina. “The duty of the Moi of Russia for the city of Grozny on the phone 02 the night before at 23:30 the inhabitant of Moscow Elena Milashina. The woman reported that in the lobby of the hotel “Continent” in Grozny unidentified persons were beating her, and also the inhabitant of Krasnodar Krai Marina Dubrovina. On this fact being tested,” according to the website of Ministry of internal Affairs of Grozny.

Add that Milashina and Dubrovin arrived in Grozny on the court in the case of Islam Suhanova. Islam Suhanov was detained by officers of the Chechen police after he shot and posted 31 October 2019 on YouTube video about “the Chechen ruble” — a luxury village in the center of Grozny, where relatives and entourage of Ramzan Kadyrov. In day of detention to the house Muhanova in Grozny came four cars, the police broke into the house, searched him, confiscated all the phones, a computer, a car and taken Islam Muhanova in an unknown direction, he wrote earlier, “Novaya Gazeta”.

Where kept Islam Suhanova until November 27, it was found pretty quickly. As the newspaper, the father Nukenova was summoned to the Ministry of internal Affairs of Grozny, and showed a beaten son in the basement of the police station he was tortured by the current employees themselves, law enforcement agencies, and the residents of the “Chechen rublevki”. They accused Suhanova that he shot his video on the job the disgraced Chechen blogger Tumso Abdurakhmanov, who is called the “enemy of the Chechen people”. For the “crime” against the Chechen authorities, the father of Islam Suhanova said that his son is now going to prison “not less than 10 years,” wrote Novaya Gazeta.

According to investigators, November 2, Islam Nukenova was summoned to the Ministry of internal Affairs of Grozny. He came to the police with two bullets in the pocket of the jacket and a gun under the seat of the car. After the police confiscated his ammo and gun, of Islam released. And only on 26 November he was allegedly detained. The judge of Factory district court of Grozny has ruled read Islam’s arrest.