Home / INCREDIBLE / Tentacles up to three meters: scientists have discovered a new species of giant octopus

Tentacles up to three meters: scientists have discovered a new species of giant octopus 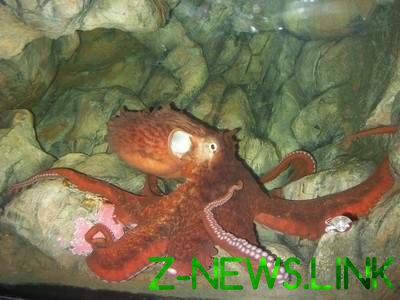 Octopuses have divided the genes into two groups.

Scientists have discovered a new species of giant octopus. They decided to divide into two genetic groups.

Scientists from the Alaska Pacific University conducted an experiment in which a giant octopus, they were divided into two groups. The separation occurred on genetic grounds, appearance.

It is reported that one of the selected groups of octopus, according to scientists, is a completely new look. They have a skin membrane on the sides of the body, skin folds on their robes do not exist. It is known that new species of octopus found in the North Pacific ocean, their weight is around 71 kg, and tentacles up to ten feet. For the life of the ocean a resident chooses as the coastal waters, and the depths of the sea. The main sources of food are shrimp, mollusks, crustaceans and small fish.

Earlier it was reported that biologists have studied two taxa that form a giant octopus living around Alaska, focusing on the study population as a whole. A detailed study of this marine species was made just now David Milam and Nathan Hollenbeck, who after the completion of the study will put all the collected information in a scientific journal.