Home / WORLD / Tension is rising over Taiwan and even if China isn’t ready to invade, the current situation is untenable

Tension is rising over Taiwan and even if China isn’t ready to invade, the current situation is untenable 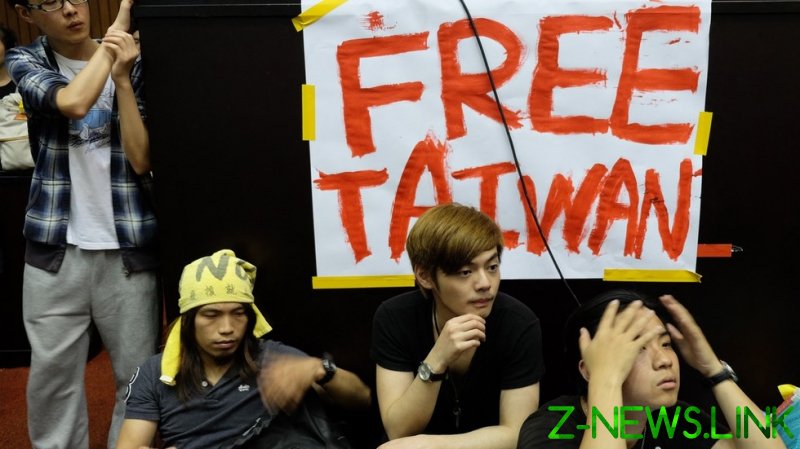 A US Admiral sparked some alarmist headlines this week when he warned that China’s threat to invade Taiwan is closer than people think. Adm John Aquilino, who has been nominated to become Commander of the US Indo-Pacific Command, told a Senate committee that China’s prestige and rejuvenation was at stake over the issue, and described it as Beijing’s “number one priority”. The comments came amid growing tension between China and the west, and the US affirming cooperation with Japan over the issue.

It’s an interesting question. Would China actually risk invading Taiwan? Are there incentives to do so? And could it bear the consequences? It has never ruled the possibility out, as the threat of force is essential to sustaining geopolitical equilibrium over the island. However, the likelihood remains remote.

Military commanders frequently hype up threats in order to legitimitise their own positions, and attempt to win resources and influence. It’s an institutional thing, and the US military industrial complex very much wants an increase in spending for this region. So, there’s an element of ‘he would say that, wouldn’t he?’ about Aquilino’s remarks.

But that doesn’t mean everything he said is wrong. His point about China’s prestige and national sovereignty being on the line is correct. In this new climate of geopolitical confrontation between China, the US and its allies, it is only inevitable that the stakes surrounding Taiwan are set to grow.

If one looks at the fallout over the situation in Xinjiang, it seems almost inevitable that harder actions regarding Taipei are on the horizon. The status quo between Taiwan and mainland China is increasingly untenable, and there’s no way Beijing can allow itself to be outmanoeuvred on such a sensitive territorial issue.

For the past 50 years, China’s relationship with Taiwan has been stable, but has hinged on a number of factors, which have prevented a ‘frozen conflict’ from becoming hot. Although Beijing has always seen the self-ruled region as a breakaway province to be reunified, a number of incentives and disincentives prevented change.

Firstly, the balance of power has been in favour of the US. In 1950, President Harry Truman created the separation between the mainland and Taiwan by protecting the regime of Chiang Kei-Shek via naval power. When Mao Zedong took over China, he had no naval capability to reach the island. For most of the time since, the US has had the upper hand, protecting the island from the mainland.

But things are changing. China is now reported to have the world’s largest navy. In addition, open-source US documents show how China is capable of creating a blockade extending far beyond Taiwan and across the entire first island chain. This will reach further by 2025.

The second factor that has contributed to the stability has been China’s restraint on Taiwan, as it enjoyed a good relationship with the west. For the past 50 years, Beijing sought to reconcile with the west and expand ties in order to facilitate economic development. Therefore, it would have been suicidal to start a war with Taiwan. The west respected this as well, but the geopolitical context is changing.

Although China’s economic links with the west remain extensive, tensions are growing and Beijing increasingly sees its core interests being infringed, as was evidenced by its retaliation to the Xinjiang sanctions. The lesson is clear: China is now prepared to defend itself as it senses the west is ready to push the issue of Taiwan further than ever before.

The other key issue worth considering is that previously, the political environment within Taiwan was tolerable to China. Even if formal reunification was off the cards, for decades China worked with the KMT party and the two states integrated with each other economically. Cross-strait ties were amicable. Now, the status quo has been uprooted, thanks to Taiwan’s anti-China stance, and the Democratic Progressive Party tilting towards pushing for formal independence.

Beijing finds this new normal on every factor increasingly untenable. In a similar way to how the status quo between Hong Kong and the mainland has collapsed, the same is happening between Beijing and Taipei.

Although obviously the stakes are far bigger than on Hong Kong, China’s viewpoint is nonetheless the same – it considers its national sovereignty and territorial integrity to be increasingly undermined by the new geopolitical context. Therefore, a tougher, riskier strategy aimed at consolidating Beijing’s position is on the way

China is not prepared to risk a global economic collapse over war on Taiwan, but it is very much prepared to risk a few sanctions here and there from the west in order to gain the initiative on this issue. Look at Hong Kong as an example; China is unlikely to care about officials being blacklisted now that the unrest is over.

Of course, the question remains, what exactly will Beijing do short of war? It could be tougher military provocations, harder sanctions or even encouraging a pro-China insurgency or unrest within the island itself. The fact is that the question as to whether Beijing will invade Taiwan or not, as posed by Adm Aquilino, overlooks the more urgent reality that the status quo is collapsing, and China thinks something has to be done. Tougher actions are on the way. Let’s wait and see what they are.