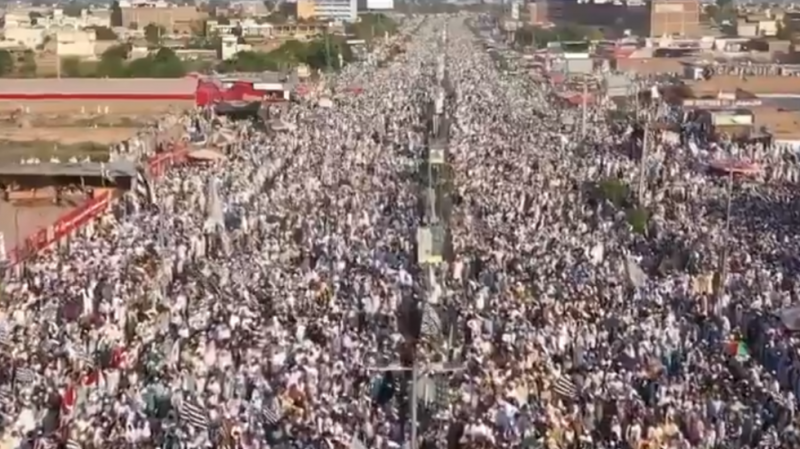 The protests in the country kicked off last Thursday, attracting large crowds of devoted Muslims to condemn the cartoon parody, the satirical weekly and even France as a whole. On Monday, a massive rally was organized by Jamiat Ulma-e-Islam in Peshawar, when the Islamist party gathered for a congress in the city.

Tens of thousands of its supporters took to the streets venting their anger over the controversial cartoons. Drone footage of the event, taken both during the day and night, shows a massive crowd of people flooding the city.

“If non-Muslim people use Islamic symbols and they commit blasphemic acts, the reaction from our people must not be declared unjustified,” the party’s leader, Maulana Fazl-ur-Rehman, stated.

The magazine’s decision also triggered an angry reaction in other Muslim countries. On Tuesday, Iran’s supreme leader Ayatollah Ali Khamenei branded the re-emergence of the offensive imagery an “unforgivable sin,” adding that it clearly shows “hostility and malicious grudge” against Islam harbored in the West.

Charlie Hebdo reprinted the controversial cartoons last week, marking the beginning of the trial of 14 suspects, linked to the 2015 attacks on the satirical weekly’s office and the kosher supermarket Hyper Cacher that left 17 people dead.