Chinese regulator TENAA has published renders of the smartphone Xiaomi Redmi 7A, which is about to be announced. The unit is part of the budget segment, that is, its price can be called a crisis. However, to Russia it most likely will not make it, so have ordered directly from China. 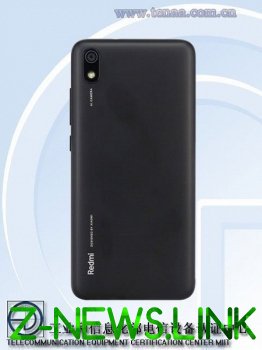 To be honest, Redmi 7A is a very cheap smartphone, doesn’t even have a fingerprint scanner. All-plastic body, rear mounted only one camera, but it works on Android 9 firmware MIUI. Hardware specifications of the smartphone, the regulator did not disclose, but in this case they are not important – Xiaomi has prepared a dialer from which you want to call, and nothing more.

Probably Redmi 7A shows at the same time with the top Redmi K20 and K20 Pro, the announcement of which is scheduled for the current month. Redmi 7A is a true classic for those who need only basic functions of the phone. Its cost, according to preliminary estimates, will be 80 U.S. dollars. If he asks more, then it simply would not make sense the more affordable competitors.

See also:  The sale of smartphones and accessories and Xiaomi in LeEco Cafago