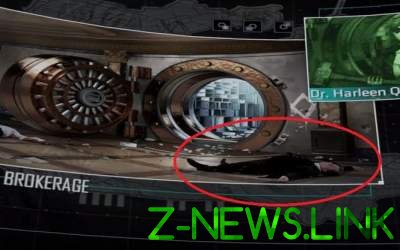 In the adventure game Batman: The Enemy Within the company Telltale Games has found a photo with the corpse of the Russian Ambassador in Turkey Andrey Karlov, was shot at an exhibition in Ankara in December 2016.

This drew the attention of Twitter users by publishing the corresponding photo.

Judging by the screenshot from the second episode of the game, Charles is depicted there as one of the victims of the Bank robbery.