Tell me a story, Kevin Williamson!

CBS All Access has ordered a TV series “Tell me a tale” (Tell Me A Story) by a famous writer and producer Kevin Williamson. And that’s why it’s interesting.

First, attention is attracted by the figure of Williamson. If someone is not aware, Kevin became famous in the mid-1990s as the screenwriter of such films as “Scream,” “I know what you did last summer”, “Faculty”. In the 2000s, movies scripts Kevin (“Werewolves”) such rapid success had no, and he went on television, where they created the popular series “the vampire Diaries” and then “Followers”. In General, man has had a significant impact in the genre on TV, in the movies and talent is clearly not deprived.

Second, his new project is described as “a psychological Thriller in the genre of fantasy.” And Yes, this will be the series is an anthology, which is now increased demand – and the anthology in the spirit of “Black mirror” where each episode tells a tale. In the first season, Williamson and company are going to take some world famous fairy tales and “renew” them as a dark Thriller with unexpected plot twists. Among the tales get a new twist, called “little Red riding hood” “Three little pigs” and “Jack and the Beanstalk”.

Thirdly, the idea of the series actually belongs to Williamson or some other guy from CBS. The basis is taken from the Spanish TV series “Cuéntame un cuento”:

In the original show, for example, the story of the three little pigs was interpreted as the story of a failed robbery involving three masked bandits pigs.

Williamson will be the writer and Executive producer of the show, which also involved was Given honor and Aaron Kaplan with his company Kapital Entertainment. Follow the news of the memory, to find out more! 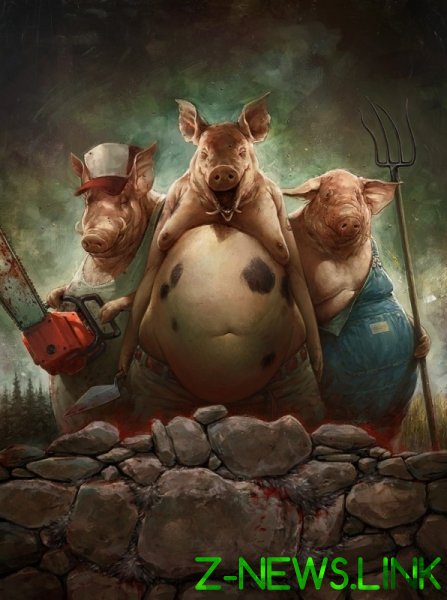